Queen Elizabeth has returned to the virtual world to continue her royal duties.

Seven days after making an appearance at a memorial service for her late husband, Prince Philip, the monarch held two virtual meetings from her home at Windsor Castle. Per People, the queen conversed with Pascal Gayama (the U.K ambassador of the Republic of the Congo) and Salah Mrehil (the U.K ambassador from Libya).

During the video call, the royal sported a blue floral dress and a pearl necklace. 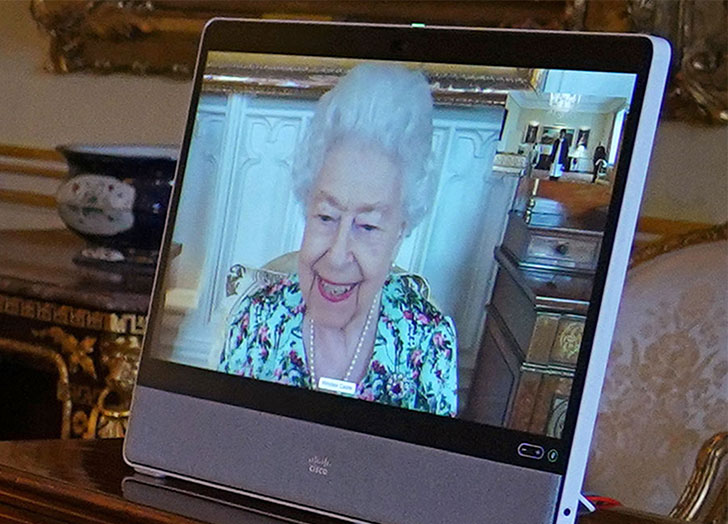 The queen has been laying low since testing positive for COVID-19 in February, making few public appearances following her diagnosis. Though she reportedly visited Prince William, Kate Middleton and their three children at Frogmore House, Queen Elizabeth has canceled numerous engagements due to contracting the virus.

Buckingham Palace released an official statement that confirmed the queen’s diagnosis. At the time of her illness, a spokesman said that she was “experiencing mild cold-like symptoms but [expected] to continue light duties at Windsor.”

One of those engagements was Prince Philip's memorial at Westminster Abbey, for which she was escorted by her son, Prince Andrew. The royal highness was also joined by the Duke and Duchess of Cambridge and their eldest children, Prince George, 8, and Princess Charlotte, 6.

Here’s to seeing more public appearances by the queen—even if they're only virtual.