Queen Elizabeth and her daughter, Princess Anne, are enjoying some quality mother-daughter time while also fulfilling their royal duties.

According to People magazine, the queen attended the opening of the new Thames Hospice facility in Maidenhead. During her surprise visit, the royal talked to workers and volunteers at the institution. Joined by her daughter, the queen took a tour of the facility and got a chance to see the hospice charity firsthand. This marks the fourth time the queen has visited the charity since she first opened the hospice in 1987. 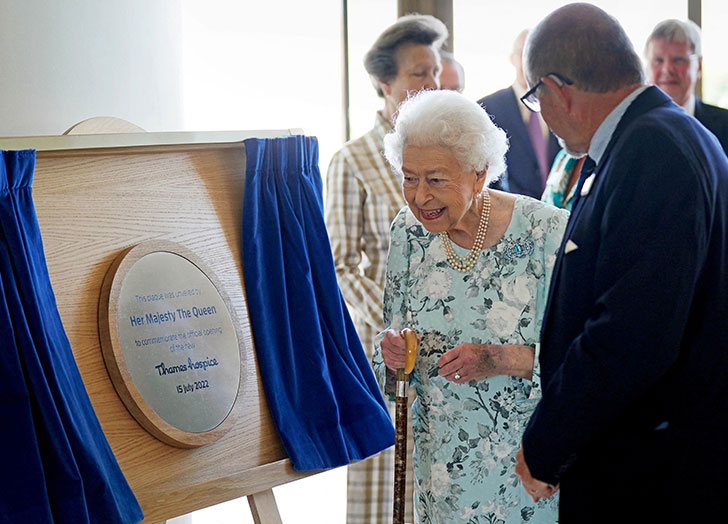 The entire unveiling was documented on video and later shared on the royal family’s official Instagram page. The charity has been providing inpatient care to residents of the Maidenhead community for over 35 years. In addition, the new facility aims to “enable the hospice to care for twice as many patients” and create a “welcoming environment.”

This has been a pretty busy week for the queen. Earlier this week, the monarch presented the George Cross award to the National Health Service representatives at Windsor Castle. The award was given to workers from four nations to honor their efforts taken during the coronavirus pandemic. Alongside her son, Prince Charles, the royals posed for a picture with the award recipients, including Modern Matron May Parsons from University Hospital Coventry.

We love seeing the queen out and about.