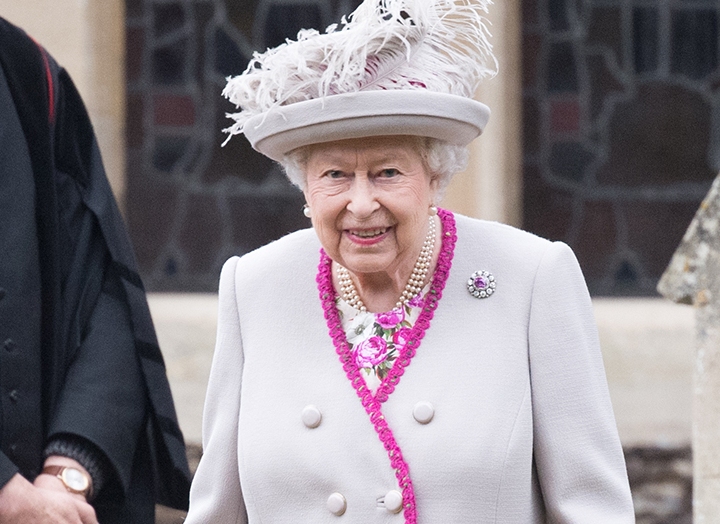 Queen Elizabeth’s famous holiday speech is getting a modern twist this year. For the very first time, Amazon Echo owners are going to get to listen to Her Majesty’s annual Christmas Day message from their own devices. All they have to do is say, “Alexa, play the queen’s Christmas Day message.”

Yup—according to The Guardian, the broadcast will be available on all Amazon Echo speakers set to English (we’re talking “British English, American, Australian, Canadian and Indian varieties of English.”)

Since her first holiday speech in 1957, millions of people have tuned in on Christmas Day to watch the queen live from Buckingham Palace or Sandringham (however, the tradition actually began in 1932 when her grandfather King George V first delivered a short address via radio to honor the royal family’s personal milestones and the year’s major events). From then on, the time-honored practice continued until the 94-year-old monarch opted to modernize it and aired the Christmas message live on TV.

However, with the new technologies of the world, TV isn’t the only way to tune in to the special message. And to close out this crazy year, Amazon wanted people around the world to have access. Eric King, director of Alexa Europe, said in a statement, per iTV: “After a challenging year, millions of people from across the Commonwealth will be eagerly awaiting Her Majesty the Queen’s message on Christmas Day. By creating this world-first innovation, just as we did in 2012 with the release of the Queen’s Christmas speech on Kindle, we hope that even more people will be able to enjoy the uplifting words of Her Majesty.”

You can bet we'll be listening to Liz while we open gifts on Christmas morning.