As far as birthday gifts go, this one certainly takes the cake. On the same day Queen Elizabeth is ringing in the big 9-6 and just a handful of weeks ahead of the official celebrations to mark her Platinum Jubilee, Mattel released the best-ever tribute: A commemorative Barbie doll that looks exactly like her. 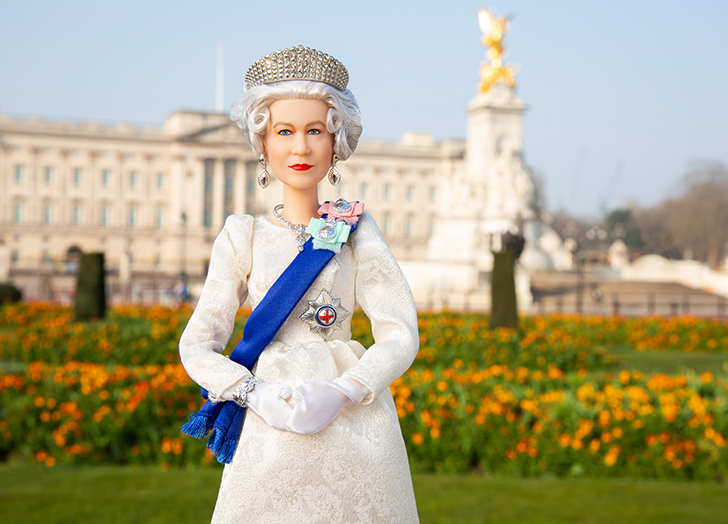 We’re not kidding. The doll, which is already selling out, dons one of Queen Elizabeth’s most iconic looks—an ivory gown and a replica of Queen Mary’s Fringe Tiara (which Queen Elizabeth wore for her wedding to Prince Philip in 1947 and Princess Beatrice recently borrowed for her own big day). There’s even a blue sash that features royal family orders. As far as look-alikes go, the Barbie version is unmistakably the queen.

A part of the Barbie Tribute Series, which debuted last year and honored Lucille Ball as its first icon, the Queen Elizabeth II Barbie currently retails for $75.

So, where can you nab one? Like we said, as soon as it dropped, the doll basically flew off the shelves. But Amazon, Walmart and Target are all carrying it, so keep your eyes peeled for one.

And speaking of the queen’s birthday, check out the latest episode of the Royally Obsessed podcast (listen here!) for a celebratory chat with Bethan Holt, author of ﻿Her Majesty: 70 Years of Majestic Style.

After all, this birthday is a biggie: The time for a royal toast—with a Barbie or a book—is now.