Princess Estelle of Sweden may be young, but she’s already following in her mother, Crown Princess Victoria’s, footsteps. Not only is she attending royal engagements, but she’s also dressing the part of a future queen.

Over the weekend, the 8-year-old royal accompanied her mom and grandfather, King Carl XVI Gustaf (yup, that’s three generations of Swedish royalty), for the inauguration of the Golden Bridge in Stockholm. During the event, the monarch cut the ceremonial ribbon and was followed by his daughter and granddaughter as he walked across the bridge for the first time. The trio was all smiles as they waved to crowds. 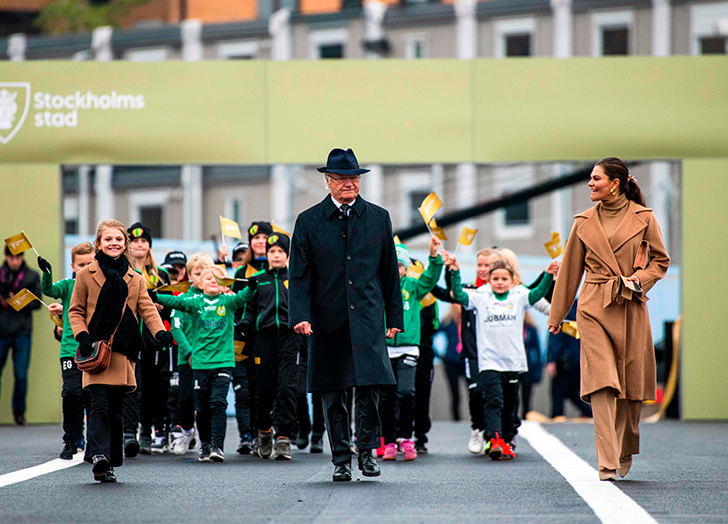 And by the looks of the photos, it’s clear Estelle has already learned a ton from her mom. Not only did she look perfectly at home representing the royal family at an official engagement, but she also dressed the part, matching her mother in a camel-colored coat. For the occasion, the young princess paired the jacket with black pants and a scarf, while her mother opted to keep things neutral in a nude turtleneck and slacks. 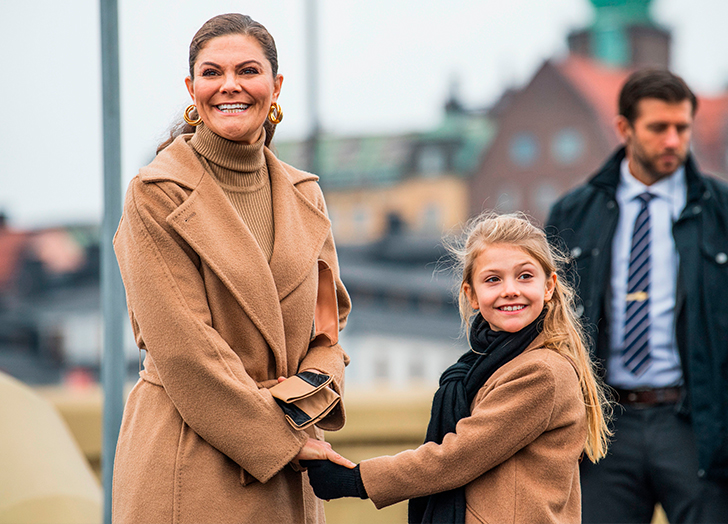 If you didn't know, Crown Princess Victoria is the king’s firstborn child and the first in line to the Swedish throne. She’s formally known as the Duchess of Västergötland. Directly behind her in the line of succession is Estelle, so it’s no surprise that the young royal accompanied her relatives for this special engagement.

Hey, might as well teach her how to lead a country early.

RELATED Everything You Need to Know About the Swedish Royal Family