There’s a never-before-seen photo of Princess Diana that was hidden from the public…until now.

Kensington Palace just announced that a brand-new portrait of the royal will be displayed at the residence. According to People, the black-and-white photo was taken in 1988 (when Princess Diana was 27 years old) by professional photographer David Bailey.

The picture was originally commissioned by the National Portrait Gallery, but it was kept in Bailey’s archive unbeknownst to the public. The photo will now be part of Kensington Palace’s new exhibit, Life Through a Royal Lens, which will open to the public on March 4. In addition to the Princess Diana pic, the display will also feature portraits of other royal family members. 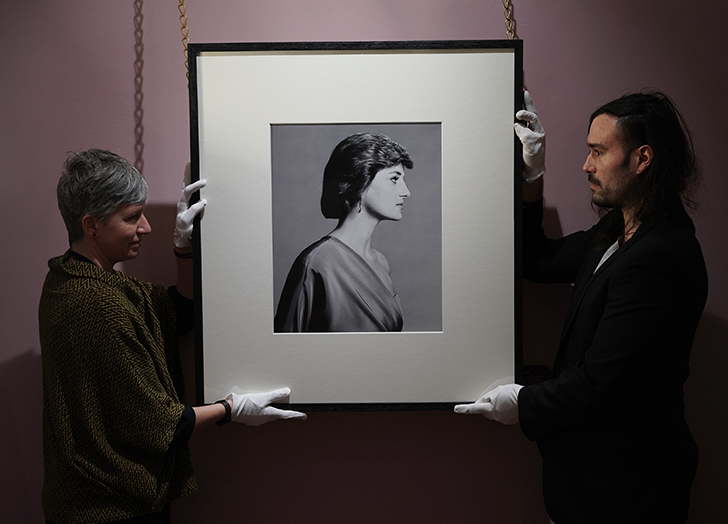 The stunning portrait features Princess Diana, who is turned to the side and showing off her structured jawline. The royal is wearing a one-shoulder dress, which elegantly drapes across her neck.

Curator Claudia Acott Williams explained that Princess Diana’s stoic pose is a symbol of power. “For me, it is the most powerful of images from the sitting,” she told People magazine.

The announcement came just one day after Princess Diana’s brother, Charles Spencer, shared a discovery he found at their childhood home, Althorp House. Spencer posted a photo on his personal Instagram account and revealed that he uncovered a silver Roman coin. The caption read, “Handsome silver coin—Roman—found just now at @althorphouse.”

Guess we’ll have to make a trip across the pond to see Princess Diana’s portrait for ourself.