Next month, Queen Elizabeth II will celebrate her Platinum Jubilee, a recognition of the 70 years that she has served on the throne, which will be the longest that any monarch has reigned in the United Kingdom. The four-day event, which is slated to begin on June 2, is going to be attended by a number of major figures, including musicians like Ed Sheeran, as well as the queen's grandson, Prince Harry, who is confirmed to attend with his wife, Meghan Markle, and their kids, Archie and Lilibet. But now, there's another reason to get excited for the festivities.

Lin-Manuel Miranda revealed at the Met Gala that he is working with another musical legend—Andrew Lloyd Webber—on a secret project for the queen's Jubilee. According to The Mirror, Webber called the collaboration a “once in a lifetime project,” and the mysterious creation will be unveiled at the Royal Windsor Horse Show on Sunday, May 15 (and it's fair to assume that it will be something musical). 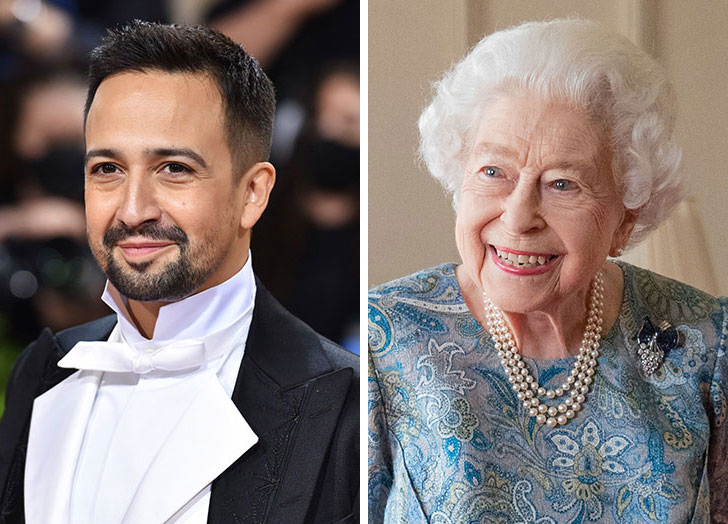 ITV will broadcast the event on May 15, and according to a source from ﻿The Mirror, ﻿“It’s a hugely intense and passionate project from both composers and will celebrate the incredible history from the Queen’s 70 years on the throne.” Following this unveiling, the extravaganza is then expected to be performed at a concert at Buckingham Palace during the weekend of the Platinum Jubilee festivities.

While there are few other details about the pair's collab, we're assuming that it will be good, given the impressive number of Tony Awards each has under their belt. But we'll just have to wait to see what they have in store.