Princess Diana will always be remembered as a fashion icon. Whether it was her sheep-covered sweaters, her eye-popping bows or her statement hats, the royal sure knew how to dress.

Throughout the years, many members of the royal family have channeled Princess Diana's style, whether it's Meghan Markle sporting an all-denim 'fit or Kate Middleton embracing Lady Di's affinity for colorful overcoats. And Princess Diana's niece, Lady Kitty Spencer, has certainly followed in her aunt's fashion footsteps too.

In a recent Instagram post, it appeared that the young Spencer was channeling her aunt in a new campaign for Dolce & Gabbana. Spencer reposted a video from the couturier's page, along with their caption, which said, “#DolceGabbana ambassador @kitty.spencer wears a ‘90s-inspired #DGFW21 look composed of a polka-dot dress, new shape #DGSicilyBag and matching #DGJewellery.”

In the clip, Spencer sports D&G's pleated, tie-neck midi dress, which currently runs for $3,245. Meanwhile, she holds the newest version of the brand's Sicily handbag in black.

And while Lady Kitty Spencer already bears a resemblance to her aunt, her outfit was a clear tribute to the late princess as well. Not only was the tie-neck front a staple of many of Diana's outfits, but polka dots were one of the royal's go-to patterns.

Back in 1993, Princess Diana even wore a dress quite similar to this one when she took a trip to the Bruges House nursing home in Cardiff. There, she sported a navy blue dress with white polka dots that she layered under a white blazer. 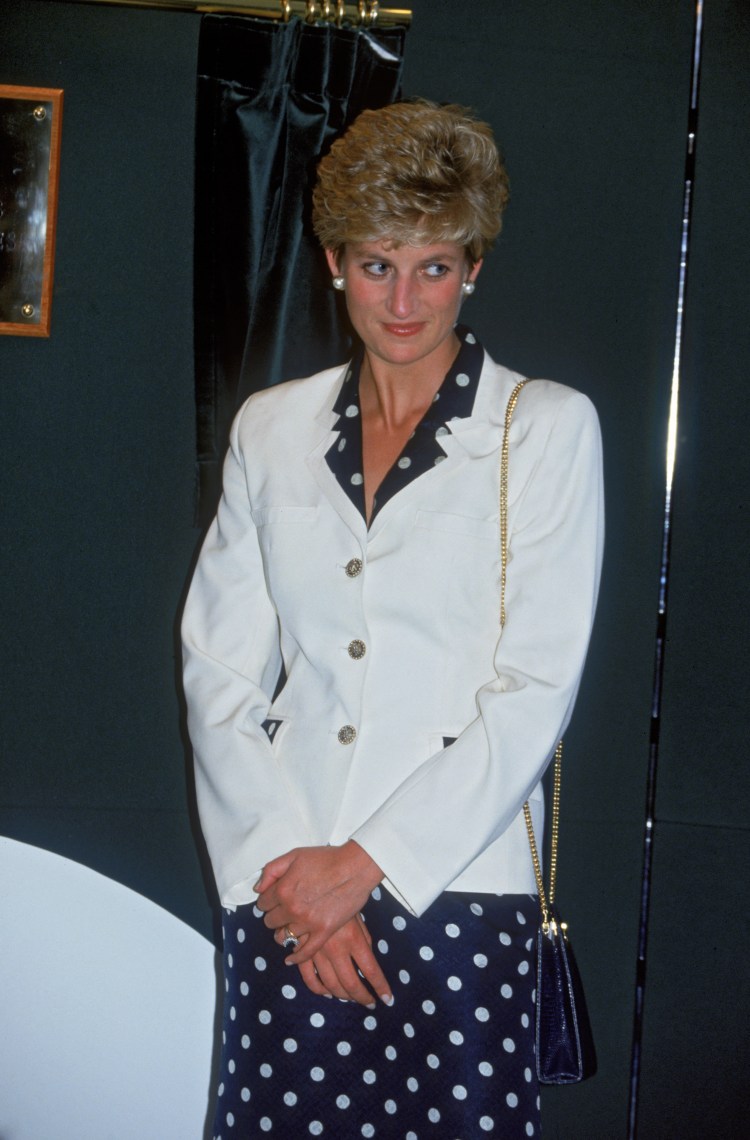 On the original post of Lady Kitty Spencer from Dolce & Gabbana, one person even commented, “She looks like her famous Aunt Diana, classy, beautiful. I LOVE that purse!”