We've got some exciting news for Bridgerton fans. Netflix dropped the first look at the forthcoming prequel series which will focus on the life of Queen Charlotte (played by Golda Rosheuvel). And they also revealed the title of the spinoff: Queen Charlotte: A Bridgerton Story.

Currently, Netflix is in the midst of Tudum, an annual event that gifts viewers with sneak peeks and previews of all the biggest shows and most anticipated new releases. And the Queen Charlotte reveal was a welcome surprise.

The first photo was posted to the official Bridgerton Instagram account, where they also revealed the actress who will be playing a younger Queen Charlotte: India Amarteifio.

“Dearest readers,” the caption read. “Rejoice in a formal introduction to royalty herself, India Amarteifio, who along with the incomparable duo of Golda Rosheuvel and Adjoa Andoh will reveal the origins of Your Majesty. Queen Charlotte: A Bridgerton Story is on the way, indeed.”

We first learned that the streaming service was exploring the story of the fictional monarch back in May 2021, when the official Netflix account tweeted, “All Hail The Queen! Thrilled to announce we’re expanding the Bridgerton universe with a limited series that will tell Queen Charlotte’s origin story — the series will also feature young Violet Bridgerton and young Lady Danbury.”

All Hail The Queen!

The project will not only explore Queen Charlotte's origin story, but it will also offer a never-before-seen glimpse into her daily routine.

An official teaser from Netflix said, “This Bridgerton-verse prequel tells the story of how the young Queen’s marriage to King George sparked both a great love story and a societal shift, creating the world of the ton inherited by the characters in Bridgerton.”

The streaming platform also revealed that not only will Rosheuvel (Dune) and Andoh (Casualty) reprise their roles, but Ruth Gemmell will also return as Lady Violet Bridgerton for the series. Meanwhile, Connie Jenkins-Greig will portray the younger version of Violet.

Amarteifio, who is taking on the part of the teenage Queen Charlotte, has previously had roles in shows like Sex Education and Doctor Who. 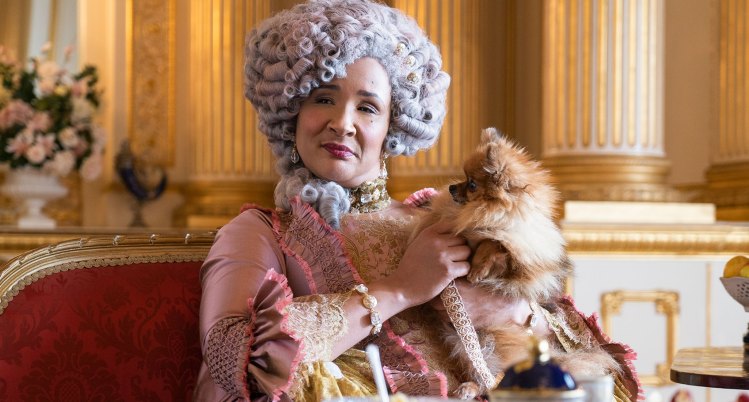