The Queen’s Funeral—How to Watch and What to Expect

It's been a little over a week since the royal family shared the news that Queen Elizabeth II had passed away at the age of 96. “The Queen died peacefully at Balmoral this afternoon,” the family wrote on Instagram on September 8.

Now, the historic life of the queen will be celebrated on Monday, September 19, with a state funeral service at Westminster Abbey. And for those wondering how they can watch the major event, keep reading to figure out where to stream and everything else you need to know about the queen's funeral. 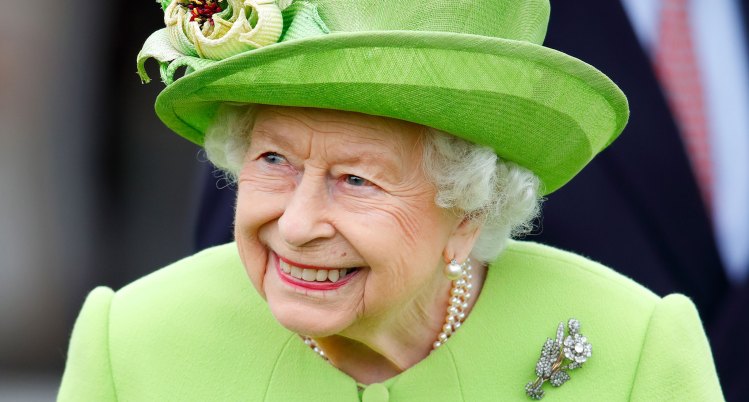 1. When and Where Is Queen Elizabeth’s Funeral?

In an official statement from the British monarchy, they wrote, “The State Funeral of Her Majesty The Queen will take place at Westminster Abbey on Monday, 19th September at 1100hrs BST. A Committal Service at St George’s Chapel, Windsor, will take place later the same day at 1600hrs.”

(For those wondering—when converted to EST, the funeral will begin at 6:00 a.m., while the committal service will take place at 11:00 a.m.)

2. What Is the Schedule of Events?

Per Buckingham Palace, “On the morning of the State Funeral, the Lying-in-State will end at 0630hrs as the final members of the public are admitted.”

Then, at 10:44 BST, “The Coffin will be borne in Procession on the State Gun Carriage of the Royal Navy from the Palace of Westminster to Westminster Abbey for the State Funeral.”

Royal family members will follow the coffin, with King Charles walking directly behind it. At 10:52 BST, the procession will arrive at Westminster, where “the Bearer Party will lift the coffin from the State Gun Carriage and carry it into the Abbey for the State Funeral Service.”

The service is expected to end around 11:55 BST, where a Last Post will sound followed by a two-minute’s silence. Finally, a national anthem will close the event at noon.

From noon to 13:00 BST, the queen's coffin will be carried to Hyde Park. There, it will be placed in a hearse, which will travel to Windsor Castle. At 16:00 BST, the committal service will begin.

3. Who Will Be in Attendance?

Members of the royal family will be in attendance, including Queen Elizabeth's children—King Charles III, Princess Anne, Prince Andrew and Prince Edward. All of the queen's grandchildren are expected to attend as well, including Prince William and Prince Harry, along with their spouses, Kate Middleton and Meghan Markle. Meanwhile, other major political figures are confirmed to be in attendance, including U.S. president Joe Biden.

According to the royal family site, others who will be present at the service include: “Heads of State and Overseas Government Representatives, including Foreign Royal Families, Governors General and Realm Prime Ministers. Other representatives of the Realms and the Commonwealth, the Orders of Chivalry including recipients of the Victoria Cross and George Cross, Government, Parliament, devolved Parliaments and Assemblies, the Church, and Her Majesty’s Patronages will form the congregation, along with other public representatives.”

Meanwhile, the nearly 200 people who were recognized during the queen's birthday festivities earlier this year have also been invited. Per People, it is estimated that the congregation will amount to about 2,000 guests.

4. How Can I Watch the Queen’s Funeral?

According to Town & Country, the service will be aired live on NBC, CNN, ABC and Fox News (likely beginning around 6:00 a.m., when the schedule begins). BBC America will also begin live coverage starting at 4:00 a.m. EST.

In the U.K., the services will be aired on BBC One, BBC News, and Sky News.

For viewers wishing to stream the events, there will be streaming options on the BBC, ITV News and YouTube.