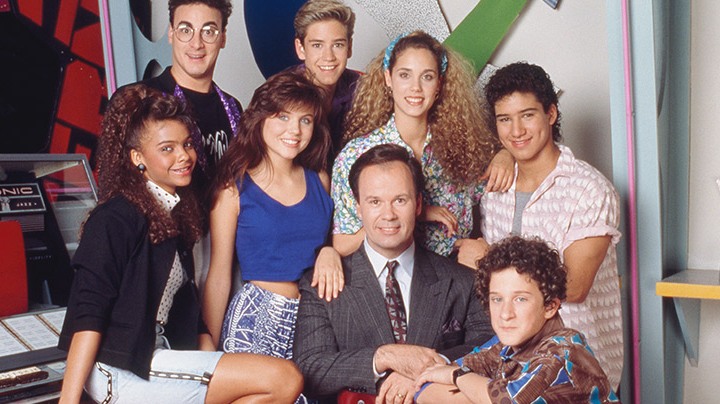 It's time to dust off your '90s clothes, preppy.

NBCUniversal revealed several new original series for their upcoming streaming service Peacock. Popular comedy shows like Saved By the Bell and Punky Brewster are getting the reboot treatment and we are so ready to binge-watch.

Saved By the Bell will feature original cast members like Mario Lopez and Elizabeth Berkley reprising their roles as A.C. Slater and Jessie Spano. (No word on the rest of the cast yet.) The news of the reboot comes a month after the '90s comedy celebrated its 30th anniversary.

The series is set to bring a new generation of Bayside High teens as students transfer to the notable school after Mayor Morris (hello, the perfect excuse for Mark-Paul Gosselaar to make an appearance) closes many low-income schools in the area. We don't know how it'll live up to the original gang, but we're sure drama (and new catchphrases) will capture viewers' attention.

Punky Brewster will follow a grown-up version of the spunky character as she tries to get her life back together, while also being a single mother of three. Soleil Moon Frye will reprise the role and executive produce the series.

When the streaming service launches in April 2020, it will also feature all seasons of popular shows like The Office, Parks & Recreation and 30 Rock, along with many movies from Universal Pictures and DreamWorks Animation.