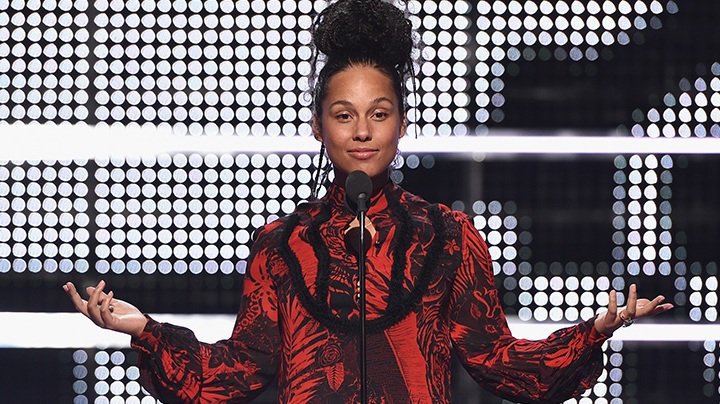 For the last two years, James Corden has roasted countless celebrities as the Grammys host. And now, he’s being dethroned by Alicia Keys.

Today, CBS announced that the 37-year-old singer will host this year’s 61st annual ceremony on February 10.

In a statement obtained by E! News, Keys revealed that she couldn’t be more thrilled to preside over the Grammys, saying, “I know what it feels like to be on that stage, and I’m going to bring that vibe and energy. I’m so excited to be the master of ceremonies on the biggest night in music and celebrate the creativity, power and magic. I’m especially excited for all the incredible women nominated this year! It’s going UP on February 10!”

This girl is on fire.