The 5 Most Unforgettable Moments from the 2021 Grammy Awards

There were a lot of highlights from the 63rd Grammy Awards, including first-time wins for rising stars and knockout performances from seasoned veterans.

However, we understand that it can be difficult to pay attention for that whole 3½-hour ceremony. Luckily, we kept our eyes peeled and collected the five most unforgettable moments from one of music's biggest nights. Keep reading to catch up on all the moments that everyone will be talking about. 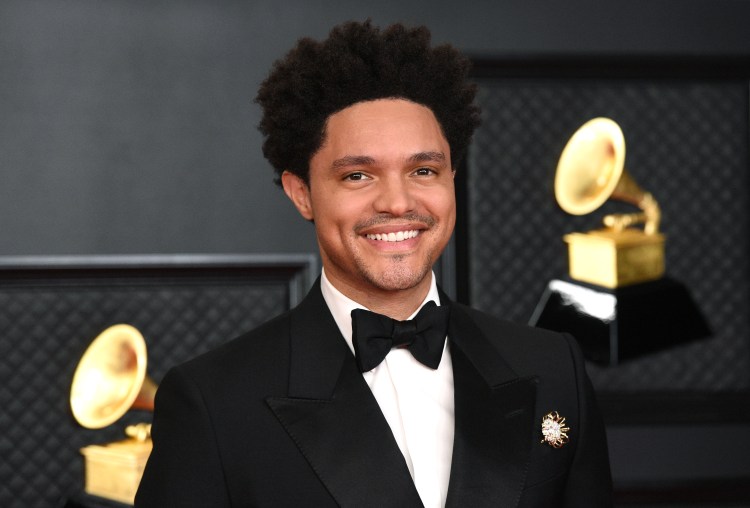 ﻿﻿﻿As a first-time host of the Grammy Awards, Trevor Noah held nothing back. ﻿The Daily Show ﻿host spent the whole night cracking jokes, but his opening monologue was the peak of his comedy.

Noah took jabs at Hollywood ("This is going to be the rare awards show where the white stuff going up people's noses is cotton swabs") and even the royal family ("So right now, there is more tension in that tent than at a family reunion at Buckingham Palace"). But he also talked about how music's biggest night was meant to bring people together. You can read a transcript of the opening monologue here. 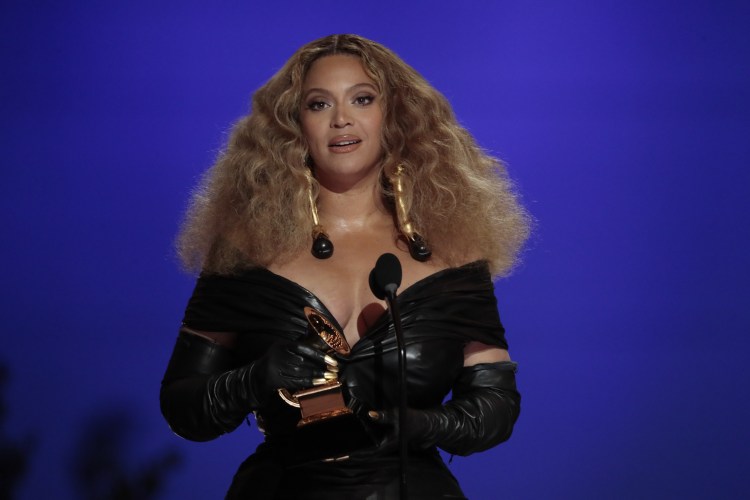 Beyoncé and her daughter, Blue Ivy, both made history at the 63rd Grammys ceremony. After Beyoncé won Best R&B Performance for her single, "Black Parade," she became the most decorated female artist, as well as the most-awarded singer, in Grammys history. Beyoncé has now collected 28 golden gramophones in total.

But, Beyoncé wasn't the only winner in the family. The superstar's daughter, Blue Ivy, also won a Grammy for her performance on "Brown Skin Girl," which won the Grammy for Best Music Video. At only nine years old, Blue Ivy is the second-youngest recipient of a Grammy award.

During her speech, Beyoncé said: "Blue, congratulations – she won a Grammy tonight. I’m so proud of you. I’m so honored to be your mommy, all of your mommies. Ya’ll are my babies." 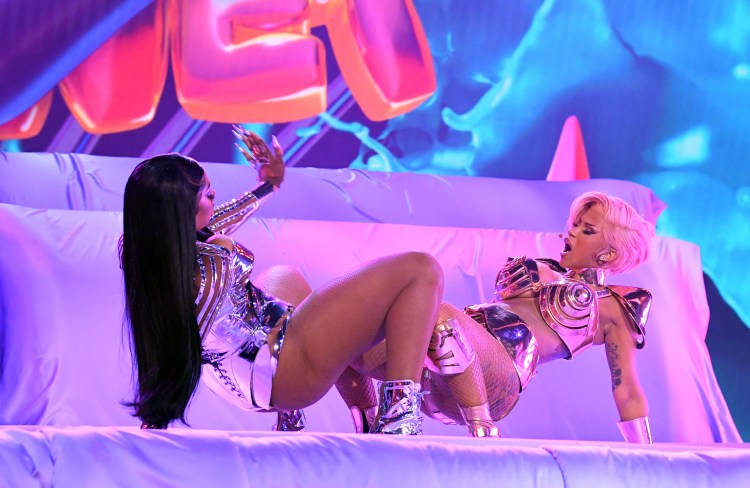 It was a big night for Megan Thee Stallion, who took home the coveted Best New Artist award, as well as Best Rap Song and Best Rap Performance for "Savage (Beyoncé Remix)."

However, the moment that had everyone talking was the first-ever live performance of Megan Thee Stallion and Cardi B's hit single, "WAP." Noah warned, "If you have small children in the room, just tell them it's a song about giving a cat a bath."

The sex-positive song that dominated the charts and created a slew of TikTok trends certainly got the showstopper it deserved. The song's live premiere included metallic armor, tower-sized high heels and even a giant dance floor in the shape of a mattress. Watch the performance here. 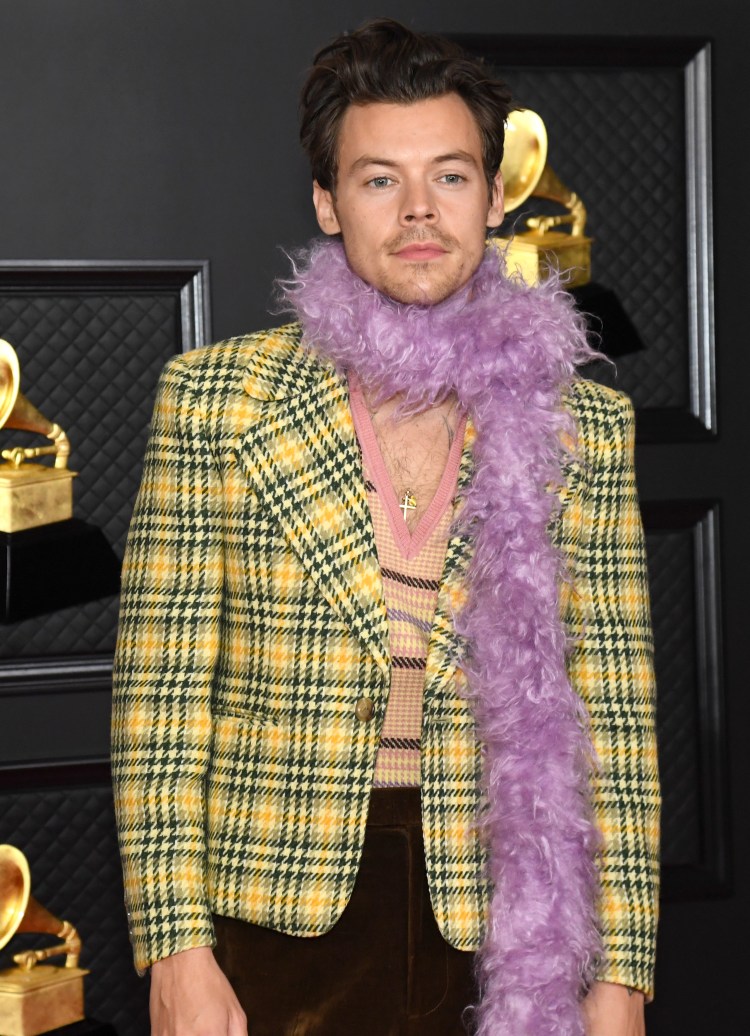 Harry Styles definitely drew some stares with his attire for the evening. The British singer, who won Best Pop Solo Performance for "Watermelon Sugar," was seen rocking three different feathery boas throughout the night, one of which InStyle referred to as a "mile-long muppet scarf."

While the former One Direction member was sporting his typical Gucci clothing, fans jokingly said the additional boas brought back the looks of early aughts celebrities like Ashley Tisdale. We'll leave it up to Styles to decide whether to leave the boas in the costume box for his next award show appearance. 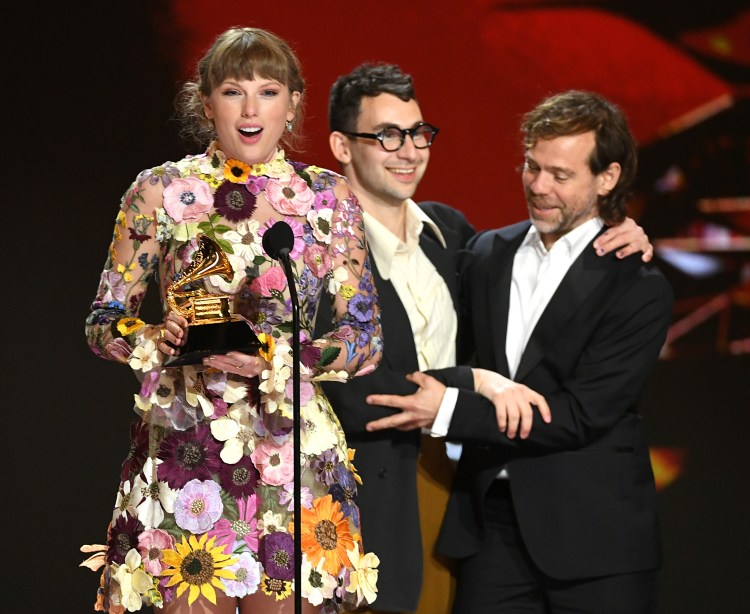 Taylor Swift is accustomed to making history at the Grammys. She was the youngest person to ever win Album of the Year (a record beaten by Billie Eilish only last year) and the first woman to ever win that same award twice.

Now, Swift has topped herself again, by receiving the Album of the Year award for folklore at the 63rd Grammys ceremony. Swift is the first woman (and third act ever) to win the prize three times. However, it was her acceptance speech that has fans talking.

In her speech, Swift thanked her longtime-boyfriend, Joe Alwyn, saying, "[Thank you to] Joe, who is the first person that I play every single song that I write and...I had the best time writing songs with you in quarantine." This is one of the few times that Swift has ever recognized one of her significant others in an acceptance speech, and it will probably only fuel the theories of fans who are convinced the celebrity pair are secretly engaged.

Florals? For Spring? The Blooming Trend of the 2021 Grammy Awards