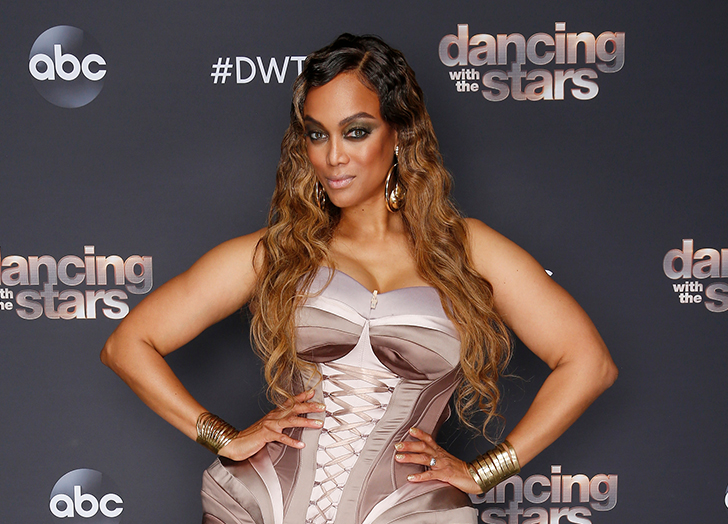 Tyra Banks is the latest to make a major mistake on live television.

On Monday night’s episode of Dancing with the Stars, the 46-year-old accidentally announced the wrong bottom two...and created some major confusion for viewers, contestants and judges. Allow us to explain.

After a night of impressive performances from the remaining 13 duos, we were left with three couples waiting to find out their fate—Ann Heche and Keo Motsepe, Chrishell Stause and Gleb Savchenko and Vernon Davis and Peta Murgatroyd. In a moment of high anticipation, Banks announced, “Anne and Keo and Vernon and Peta are at the bottom two.” The problem? That wasn’t the actual bottom two.

Luckily, the America’s Next Top Model alum realized the issue after a few short moments. “There's been an error,” she continued. “I'm looking right now, and we have three couples. So we need to clarify this for one second. The bottom two couples are Anne and Keo and Monica [Aldama] and Val [Chmerkovskiy].”

The host then directed the crew to try and locate Aldama and Chmerkovskiy, who were previously announced as safe. “Please come back. Please have Monica come back,” said Banks. “There's been an error in our control room, but we're making it happen.” Yikes.

Of course, the model apologized before proceeding to judges for their final deliberation. Unfortunately, Heche and Motsepe were sent home.

This type of mix-up is not uncommon for live TV. In fact, the Emmys and the Oscars have previously made similar mistakes by accidentally giving awards to the wrong people.

In the words of Tyra herself, “This is the craziness of live TV!"