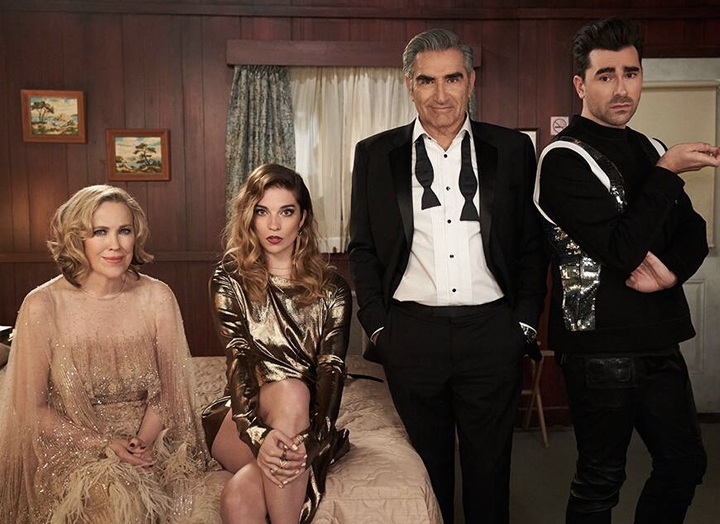 The 72nd annual Emmy Awards were interesting, to say the least. And aside from the fake audience, ’90s laugh track and celebrity couch attire, there was one thing we took away from this year’s event: The world loves Schitt’s Creek.

During the ceremony, the Rose family broke the record for most wins in a single season for a comedy series. Yup, the show landed a total of nine wins for its sixth and final season, exceeding the record of eight previously held by The Marvelous Mrs. Maisel.

We’re not totally surprised, considering the series was nominated for a total of 13 Emmys. The biggest shock in our opinion? The fact that the show has never been nominated for any of its other five seasons. So, yeah, we’d say this is more than well-deserved.

If you need us, we’ll be celebrating by re-bingeing the entire series on Netflix.