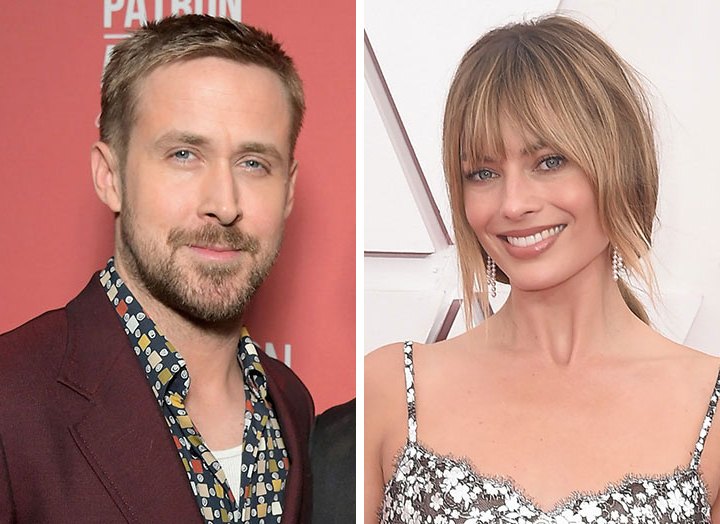 If you were a child in the early 2000s (or if you had one), you may have watched a few selections from the Barbie animated film series, like Barbie of Swan Lake ﻿or Barbie as the Princess and the Pauper. And if not, you may have seen the iconic doll come to life in Toy Story 3.

However, now it seems that Barbie is going to get the live action treatment, in a new movie from Warner Bros. and Mattel. And who will be taking on such an iconic role? None other than Margot Robbie, who will also be acting as a producer for the film.

But even better, according to a report from Deadline, it seems that the studio may have found the perfect Ken to match their Barbie: Ryan Gosling.

Rumors are circulating that the Crazy, Stupid, Love actor is going to fill the role, now that he has wrapped the filming on the upcoming Netflix movie The Gray Man (which will also star Chris Evans and Regé-Jean Page).

While it is still not officially confirmed that Gosling is taking the part, ﻿Deadline ﻿said, “Given his busy schedule, Gosling initially passed on playing the part, but insiders add that as pre-production dragged out and the studio remained persistent with him being their only choice, an opening in his schedule appeared, allowing him to sign on.”

If the reports are true, then Gosling will be the latest major name to have joined the film. The untitled Barbie project will be directed by Greta Gerwig, who recently earned two Academy Award nominations for her direction and screenwriting for the 2019 adaptation of Little Women. In addition to directing the ﻿Barbie ﻿film, Gerwig also wrote the screenplay with Noah Baumbach, who recently earned his own Oscar nom for writing Marriage Story.

How will the duo rectify their quirky indie sentiment with, um, plastic dolls? We can’t wait to find out!