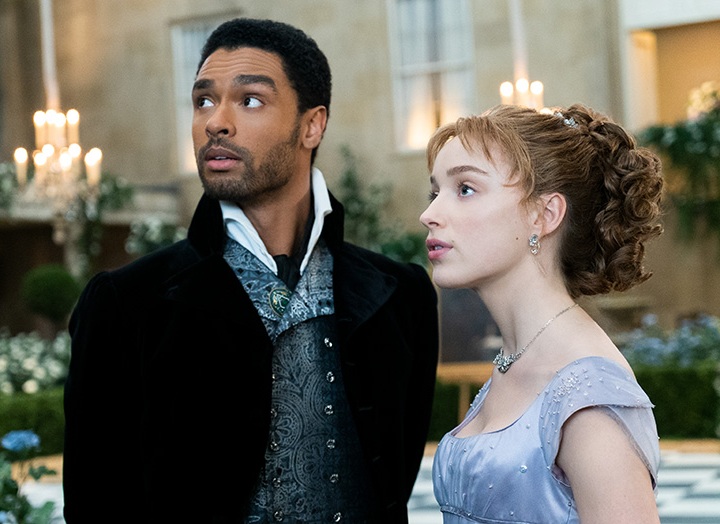 There’s no denying the chemistry between Phoebe Dynevor (Daphne) and Regé-Jean Page (Simon, Duke of Hastings) on Netflix’s Bridgerton. Since the pair seem like a perfect match, we couldn’t help but ask this burning question: Are Dynevor and Page dating IRL?

Unfortunately, the answer is no. Dynevor and Page debunked the real-life dating rumors during a joint interview with Access, where they confirmed their romance didn’t stray off-screen (at least not yet). “I think everything you need to know is on camera. That’s why we presented it so beautifully for you,” Page joked.

The 31-year-old actor also revealed that the Bridgerton script did most of the work for them, adding, “All the sparks that flew off of the beautiful scripts that we were handed, and so I think that the sparky scripted material is more than enough.”

Bridgerton, which is based on Julia Quinn’s best-selling book series of the same name, takes place in London in the early 1800s (AKA the Regency Period). The show follows Daphne Bridgerton, the eldest daughter in a very powerful family, as she searches for true love in a competitive (and equally diverse) marriage market. When she meets the rebellious Duke of Hastings, they must navigate society’s expectations for their future.

While discussing the popular series, Dynevor revealed that once she heard Shonda Rhimes was involved, she couldn’t turn down the opportunity. “I knew that the women were gonna have real agency,” she said. “They were not gonna be, you know, timid women…so that was the thing that really excited me.”

Still, one question remains: Does this mean Dynevor and Page are both single?

Love the Costumes on Netflix’s ﻿‘Bridgerton’? Here’s Everything We Know About the Show’s Fashion