Not only did actress Olivia Wilde show up to this year’s CinemaCon in style, but she also debuted an exclusive sneak peek of her upcoming film, Don’t Worry Darling.

On Tuesday, the film director stepped onto the CinemaCon red carpet and rocked a blue velvet pantsuit with a neckline that revealed a silver cross necklace (a similar one can be found here). She completed the look with a pair of hot pink stiletto heels and wore her hair in loose waves. 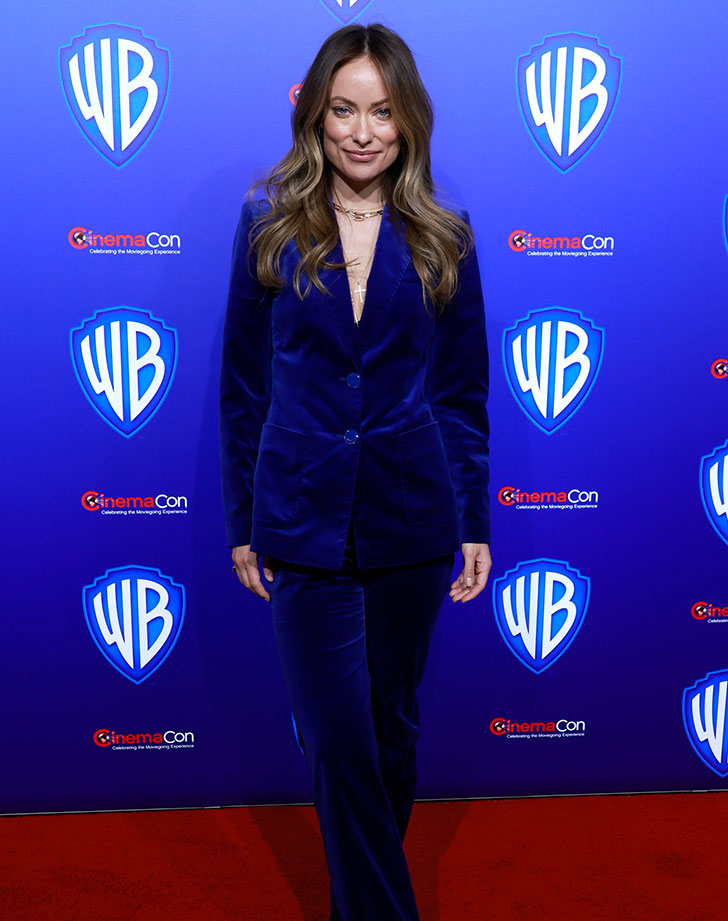 But, what really stole the show was the trailer release for her upcoming movie, Don’t Worry Darling. The psychological thriller stars Harry Styles and Florence Pugh (who you may recognize from the horror flick Midsommar) as a married couple living in the 1950s.

The trailer (courtesy of Variety) starts with Harry and Pugh laying together in bed. She looks over at her husband and asks, “You and me?” to which he responds, “Always. You and me.” But, the perfect moment doesn’t last long. Next thing you know, we see Pugh’s character questioning whether or not her husband is having an affair. “I don’t trust him, and I don’t want to be here anymore,” she says, while in tears.

Wilde even posted a screenshot of the opening scene on her Instagram page, while writing the release date in the caption.

During the event, the director revealed movies like Inception, The Matrix and The Truman Show inspired the story behind the film. In a way, the movie is like a “love letter to movies that push the boundaries of our imagination.”

Just so we don’t miss the premiere date for Don’t Worry Darling, we’ll be marking our calendars for September 23, 2022.

Are Harry Styles & Olivia Wilde Dating? Here’s What We Know About the Possible New Couple