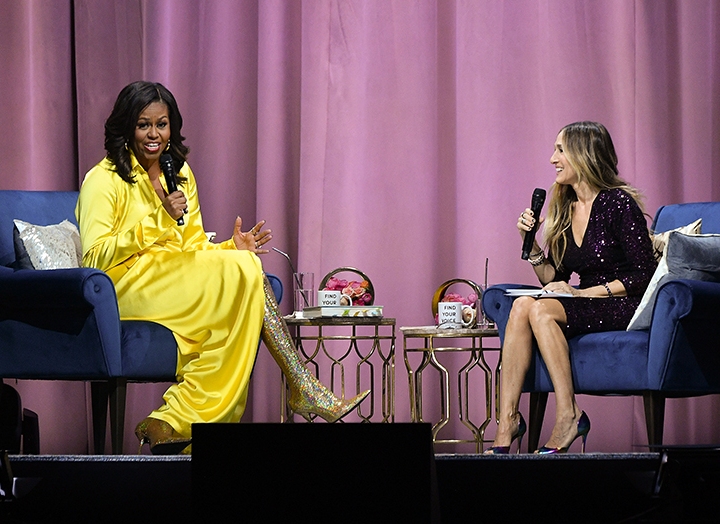 Political views aside, you gotta hand it to the former first lady: She is crushing the book sales game. A mere five months after Michelle Obama’s memoir Becoming was released, it’s on track to potentially become the best-selling memoir of all time.

Yep, according to her publisher Penguin Random House, the book—which delves deep into the formative years of her life including her time growing up on Chicago’s South Side to the years she spent in the White House—has already sold more than 10 million copies. Markus Dohle, Penguin Random House’s chief executive, told The Wall Street Journal: “I'm not aware...that we ever sold 10 million units of a memoir.”

It makes sense considering it sold a record 725,000 copies the day it went on sale, not to mention the blockbuster book tour that had celebs like Sarah Jessica Parker, Oprah Winfrey and Reese Witherspoon dropping by.

But that's not all: The book offers a rare personal glimpse into Michelle’s world—and one that she was remarkably candid about, something that struck a chord with readers.

Still, only time will tell if she’s able to stay No. 1 for long. Her book deal was actually a two-parter with Penguin Random House: Her hubby, Barack Obama, is set to deliver the second title—his own memoir—due out later this year. Dun dun dun.

Will Michelle be able to hold onto the top spot? TBD. Regardless, kudos on her (hopefully) soon-to-be-historical literary accomplishment—that’s no small feat.