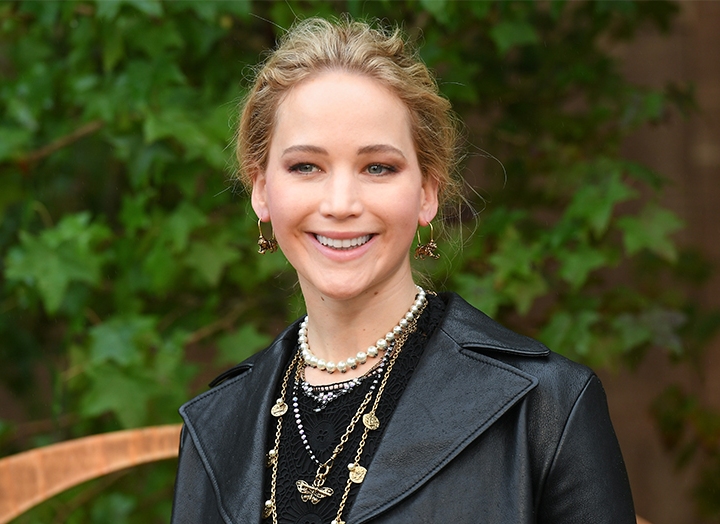 Major congratulations are in order for Jennifer Lawrence. The Silver Linings Playbook actress is expecting her first child with her husband, Cooke Maroney.

Reps for the couple confirmed the news to multiple outlets including People and Page Six. Unfortunately, no other details about the pregnancy have been revealed. So, we’re not exactly sure how far along the 31-year-old actress is or whether or not the duo plans to make an official announcement. However, considering neither of the two are active on social media, it's fairly unlikely.

This will be the first child for both Lawrence and Maroney, who tied the knot at the Belcourt Mansion in Rhode Island back in 2019. The couple exchanged vows in front of 150 friends and family. The star-studded guest list featured several familiar faces, including Adele, Emma Stone, Amy Schumer, Kris Jenner, Corey Gamble, Ashley Olsen, Nicole Richie, Joel Madden, Cameron Diaz, Benji Madden and Sienna Miller.

For the occasion, Lawrence wore a stunning wedding dress by Dior, which wasn’t a surprise, since she’s a spokesmodel for the brand. Maroney opted for a black Dior tux.

Maroney and Lawrence apparently began dating in May 2018. They were introduced by a mutual friend, Laura Simpson, who is not only a longtime friend of the actress, but who was also J-Law’s date to the 2014 Academy Awards. (Maybe she’ll be the Godmother?)

Congratulations to the soon-to-be parents!

JENNIFER LAWRENCE REVEALS HER WEDDING REGISTRY, AND THE ITEMS ARE (OBVIOUSLY) AS COOL AS SHE IS