Jane Austen fans, rejoice! The final work completed by the English novelist—Persuasion—is getting a new film treatment courtesy of Netflix, and after the reimagining of Emma that was released a couple years back, we're really looking forward to this addition to the Austen canon.

But even if you're not an Austen aficionado or a period piece fanatic, this adaptation of ﻿Persuasion ﻿may still be of interest, because it will include a number of major stars. In a new series of photos released by Netflix, we can see Dakota Johnson in the role of Anne Elliot, as well as Cosmo Jarvis, who will portray Captain Frederick Wentworth. However, perhaps the most swoonworthy star is Henry Golding, who will play the vain aristocrat, Mr. Elliot.

Golding shared a couple of sneak peek photos from the film to his Instagram account, where we get a good look of him in his Regency-era garb. In the caption, he said, “Oh hello Wentworth. It is I, Mr Elliot…” The Crazy Rich Asians actor listed out the lead cast and said, “PERSUASION, directed by Carrie Cracknell, arrives on Netflix July 15.”

We got our first glimpse of Golding in the role of Mr. Elliot last year, when Netflix dropped a super suave photo of the star lounging with a cup of tea resting on his leg. 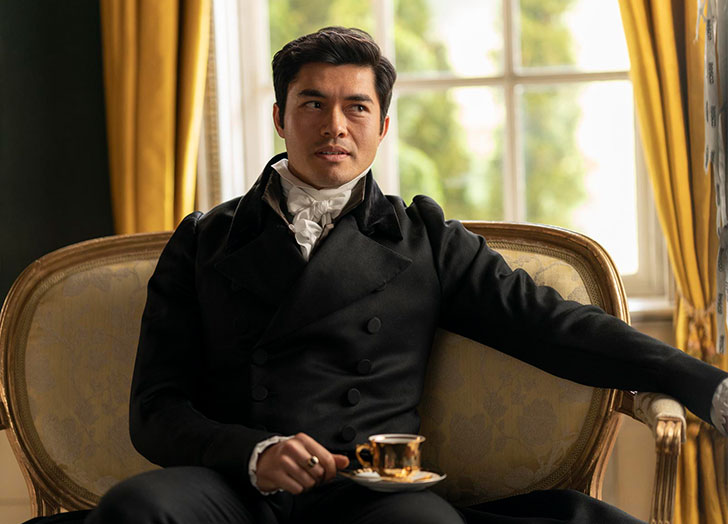 Thank goodness we'll have Persuasion since we've already rewatched Bridgerton ﻿more than a couple times. The movie drops on Netflix on July 15.

﻿Want all the latest Netflix stories sent right to your inbox? Click here.