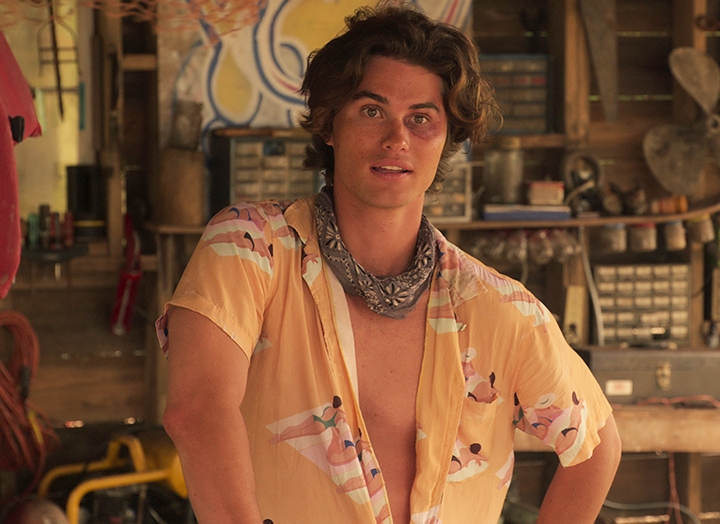 If you already binge-watched all ten episodes of Outer Banks (multiple times), you should know that Netflix just renewed the popular series for season two. Although the streaming service hasn’t released any further details, Chase Stokes (John B) is hopeful the next installment won’t be the show’s last.

PureWow recently sat down for an exclusive interview with the 27-year-old actor, who shared never-before-heard details about Outer Banks season two. “I think we’ve got a lot more stories to tell,” Stokes said. “I mean, with [series creators] Josh Pate, Jonas Pate and Shannon Burke and the way their brains work, they can just continue to make stories over and over again. I can’t wait.”

While discussing the future of Outer Banks, Stokes revealed that the creators are eyeing a five-season run. “I heard something—through the internet, actually, I didn’t even know this—and I texted Josh, and I was like, ‘You want to do five seasons?’ And he’s like, ‘Yeah, I would love to.’ Just the idea of him thinking that far into the future is just blowing my mind with excitement.” Us, too, Chase. Us, too.

In addition to his all-new partnership with Sweet Earth (a plant-based food company that’s dedicated to sustainability), Stokes also talked about another series he’s starring in, which is based on Karen M. McManus’s best-selling book, One of Us Is Lying.

“It’s sort of like Breakfast Club meets Pretty Little Liars,” he explained. “It’s about a group of kids who come from all different spaces in their high school. They all get detention and one of the kids drops dead and dies. It becomes this murder mystery of trying to figure out who’s responsible for it.”

The actor will play a character named TJ Forrester, who accidentally gets involved in the mystery. “TJ is sort of this lovable idiot, who seemingly gets himself into more trouble than he ever needs to,” he added.

Sounds an awful lot like John B…and we’re totally OK with it.

‘Lucifer,’ ‘Les Miserables’ & Everything Else Coming to Netflix in August 2020