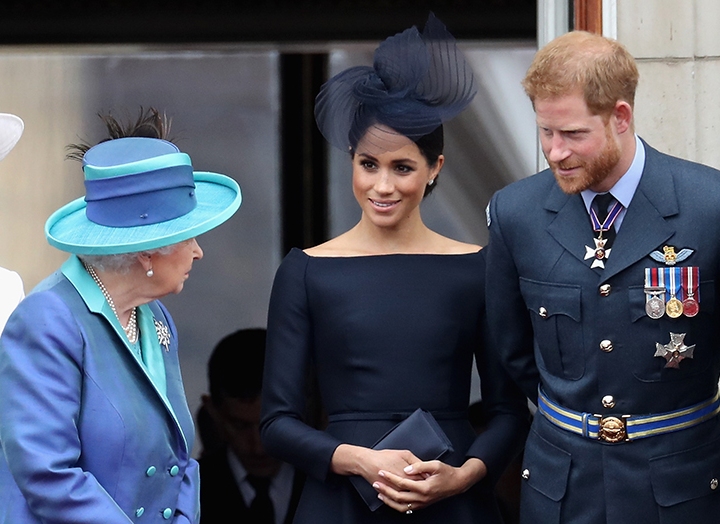 It’s no secret that Queen Elizabeth is preparing for her historic Platinum Jubilee. The momentous occasion will be celebrated with multiple events over the next few months, including a special awards ceremony. Although the 95-year-old monarch is supposed to honor members of the royal family, there’s one major question that hasn’t been answered: Will Prince Harry and Meghan Markle be included?

Here’s what you need to know: In February, Queen Elizabeth will hand out dozens of Platinum Jubilee medals. As People points out, the honors will be given to “members of the armed forces, police, fire, emergency and prison services, as well as members of the royal household and the monarch’s family.”

“In common with previous jubilees, it is likely that wider members of the royal family would receive the Platinum Jubilee,” the source told the mag.

They went on to explain that the medals are “widely” distributed, so the queen will probably be generous with the list of honorees. “They are funded privately and are commemorative,” the source added.

So, will Prince Harry and Markle travel across the pond to collect their medals? Only time will tell.