Tonight, Prince Harry and Meghan Markle didn’t hold back during their tell-all conversation with Oprah Winfrey, titled Oprah with Meghan and Harry: A CBS Primetime Special. Keep reading for the best moments. 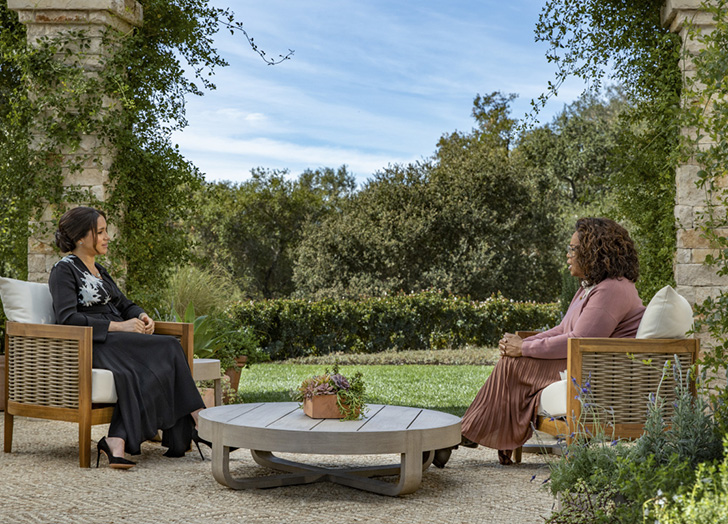 1. Oprah's Recollection Of The Royal Wedding

Winfrey discussed the 2018 royal wedding and revealed that it was unlike any other ceremony she’d ever attended. “I so recall this sense of magic,” she said. “When you came through that door, it seemed like you were floating down the aisle.” To which Markle responded, “It was like having an out-of-body experience that I was present for.”

Although Prince Harry and Markle publicly tied the knot on May 19, that’s not their real wedding date. The Duchess of Sussex explained that they called the Archbishop three days prior and arranged a private ceremony. “This spectacle is for the world, but we want this to be between us,” she said.

Markle opened up about her sister-in-law, Kate Middleton, and addressed rumors claiming she made the Duchess of Cambridge cry ahead of the royal wedding. Not only did Markle debunk the gossip, but she also revealed that Middleton made her cry about the flower girl dresses, not the other way around.

4. Meghan's Honesty About Being 'silenced'

According to Markle, she was “silenced” by the royal family once she started dating Prince Harry. It all started when Oprah asked: “Were you silent? Or were you silenced?” Markle immediately responded, “The latter.”

She continued, “Everyone in my world was given very clear directive from the moment the world knew Harry and I were dating to always say, ‘No comment.’ I would do anything they told me to do.” 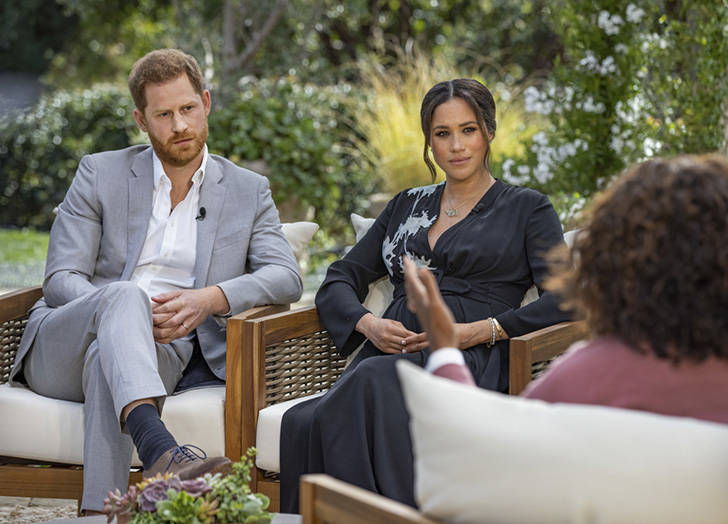 The Duchess of Sussex explained that she made a point of staying away from Google when she first started dating Prince Harry. She knew very little information about the royal family—so much so that she didn’t realize she was required to curtsy for Queen Elizabeth, no matter the occasion. “I thought, genuinely, that was what happens outside,” she said. “I thought that was part of the fanfare.”

Shortly after she found out she was pregnant with Archie, Markle was told by the royal family that he wouldn’t be a prince. To top it off, Markle added, “He wasn’t going to receive security. That was really hard.” Oh, and how could we forget about the moment when Prince Harry addressed the royal family’s inappropriate questions about Archie’s skin tone? #Yikes

Markle opened up about her mental health and admitted that she “didn’t want to be alive anymore.” After alerting Prince Harry, the duchess went to the royal family, who refused support.

“I went to the Institution, and I said I needed to go somewhere to get help,” she said. “I was told I couldn’t.”

Markle announced the gender of baby number two and revealed that she’s expecting a baby girl.

“To have a boy and then a girl, what more could you ask for?” Prince Harry said. When asked about the possibility of more children, Markle confirmed, “Two is it.”

When asked why he left the U.K., Prince Harry blamed it on “lack of support and lack of understanding.” He also revealed that he didn’t blindside the queen, despite popular belief. “I never blindsided my grandmother,” Prince Harry added. “I have too much respect for her.”

However, he did admit that his dad, Prince Charles, stopped returning his calls once Prince Harry decided to step down as a senior royal.