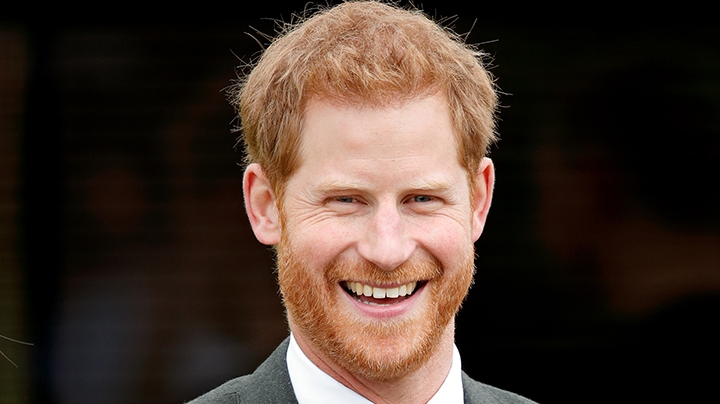 Prince Harry recently made his first public appearance since stepping down as a senior member of the royal family. Although he’s in a “transition period,” we couldn’t help but notice that he’s still being referred to as “His Royal Highness.”

Earlier today, the Duke of Sussex, 35, hosted the Rugby League World Cup 2021 Live Draw from Buckingham Palace. The royal family shared a video stream on its official Twitter account, along with another tweet explaining Prince Harry’s long-term involvement with the Rugby Football League.

“His Royal Highness was announced as Patron of the Rugby Football League in December 2016, succeeding Her Majesty who held the role for 64 years,” it read.

“His Royal Highness?” The phrase might shock some people, since the prince could lose his title once the queen settles on a plan of action. While no decision has been made (at least not yet), this is the first time the royal family has used Prince Harry’s title since his shocking announcement.

When Queen Elizabeth released an official response, she repeatedly referred to the couple as “Harry and Meghan”—not the Duke and Duchess of Sussex. Still, the monarch has been holding private meetings ever since, so it’s very possible the royal family meant to call Prince Harry “His Royal Highness.”

So, what does it mean? The most obvious reason could be that Prince Harry isn’t at risk of losing his title at all. That would explain why the family isn’t making any major changes.

However, it could also mean the queen hasn’t reached a decision about his future yet. Although she recently agreed to let him split his time between the U.K. and Canada, he still has a long way to go before he’s officially free of royal duties.

Is it only a matter of time before Prince Harry loses his title? Or will Queen Elizabeth make an exception? *Grabs popcorn*