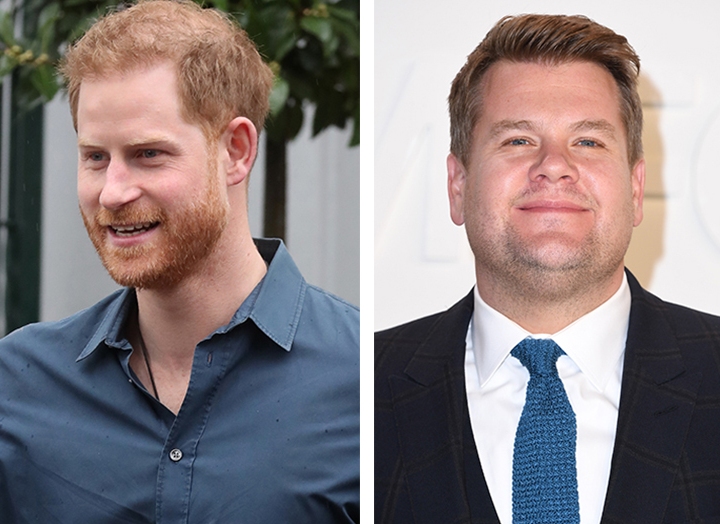 Prince Harry spent quality time with his old pal, James Corden, this weekend. And they did the most L.A. thing possible.

On Friday, the duo was spotted riding on the top level of a double-decker bus with a film crew (see the pics obtained by TMZ). According to a People exclusive, the 35-year-old duke and the 42-year-old television personality were shooting an episode of Corden’s Carpool Karaoke.

“They taped a COVID-appropriate segment of Carpool Karaoke on the double-decker,” a source told the outlet. “They have been friends for years and had a great time. A lot of joking around and laughter. They toured Hollywood and James showed Harry some special landmarks. They also chatted about Harry's life in the U.S. and his focus now.”

Per the report, the two men and the camera crew were also accompanied by Harry’s personal security team. Unfortunately, his wife, Meghan Markle, decided not to attend the outing.

We’re not totally surprised that the Duke of Sussex chose to join Corden for a special edition of the series considering they have a close relationship. In fact, the television host and his wife, Julia Carey, even attended Harry and Meghan's wedding in May 2018.

“I’ve had quite the weekend. I really have. We had the absolute honor of being invited to Prince Harry and Meghan Markle’s wedding,” Corden previously revealed during an episode of his show. “It was so lovely. I’ve known Prince Harry about seven years now and it was wonderful. It was one of the most beautiful ceremonies I’ve ever been to. It was gorgeous, it was a whole affair, it was happy, it was joyous, it was uplifting.”

Get all the royal news sent straight to your inbox by clicking here.