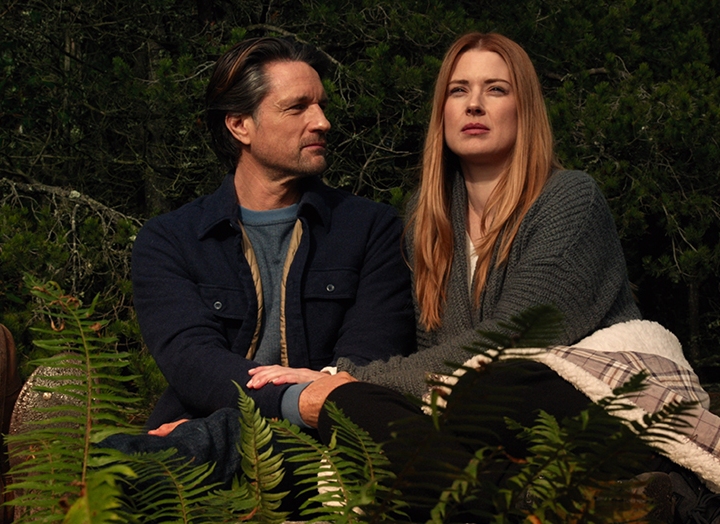 Just when we thought our Monday couldn’t get any more exciting (thanks to Princess Beatrice welcoming her first child), Netflix dropped some major news about the fan-favorite series, Virgin River.

Per Deadline, three months after the streaming platform released season three, it has renewed the drama for two more installments. And while we’re not entirely surprised—rumors have been swirling since last’s season’s finale—we’re happy to receive the confirmation.

Production for season four reportedly began back in July, with new episodes expected to drop around the summer of 2022. Unfortunately, no further details (such as a plot) have been revealed.

Based on Robyn Carr’s book series of the same name, the series follows Mel (Alexandra Breckenridge), a nurse practitioner who moves to the small town of Virgin River for a fresh start. While there, she meets a handsome bar owner named Jack (Martin Henderson), who shows her the true meaning of second chances. Season three of Virgin River further explored Mel’s interest in starting a family, so the next installment will likely follow suit (and the fifth after that).

Virgin River first premiered in December 2019 with the second season releasing in November 2020.

While we don’t know sure, we’re hoping a handful of stars will be reprising their roles, including Breckenridge, Henderson, Colin Lawrence (John “Preacher” Middleton), Annette O’Toole (Hope McCrea), Melinda Dahl (Staci) and Tim Matheson (Vernon). We also got some new faces last season—Zibby Allen as Jack’s sister, Brie, and Stacey Farber as Lilly’s daughter, Tara Anderson—so, we’re crossing our fingers for their return as well.

This is turning out to be the best Monday we’ve had in a while.