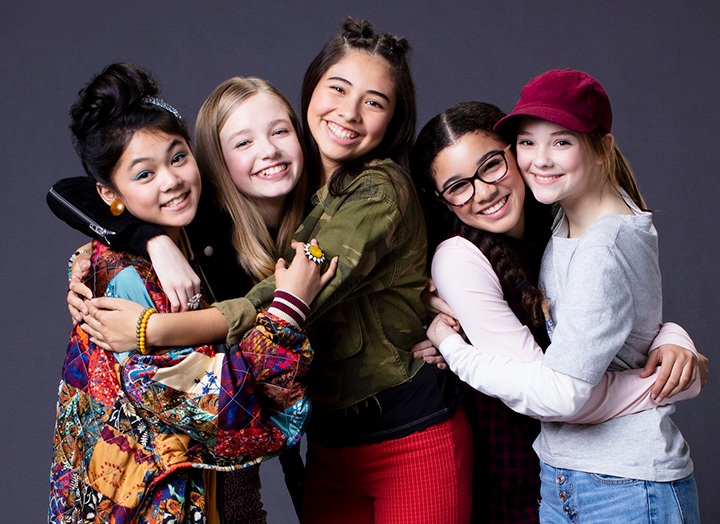 If you loved Ann M. Martin’s best-selling book series The Baby-Sitters Club, you’ve come to the right place. Netflix just released the first full-length trailer for its all-new remake, and it appears not too much has changed in good ol’ Stoneybrook.

So, what is The Baby-Sitters Club about? And when does it premiere on Netflix? Keep reading for all the details.

1. What is The Baby-sitters Club about?

The Baby-Sitters Club tells the story of five best friends living in Stoneybrook, Connecticut. To earn some extra cash, they start a childcare service that ends up teaching them the ins and outs of adulthood. According to Netflix’s website, the ten-episode series is a “modern update” of Martin’s beloved book series, so prepare for a walk down memory lane.

Absolutely. The trailer puts a modern twist on the classic story, focusing on the group’s grand business idea. In short, they sense a void in the childcare industry, so they create a one-stop hotline for parents to call when they need a babysitter.

The clip includes a sentimental mix of old references, like the iconic see-through phone, but sets the story in modern day. “The Etsy shop I bought it from said it’s fully operational,” one character says about the retro phone (which is corded, we might add).

Another voiceover says, “I started The Baby-Sitters Club to take care of kids, but what I’d realize…we were more than a club. We were best friends.” The nostalgia is real.

4. When does The Baby-sitters Club premiere?

Netflix confirmed The Baby-Sitters Club will premiere on Friday, July 3, just in time for an Independence Day binge-watching marathon.

Sorta. In 1990, there was a 13-episode TV series that aired on HBO, followed by a movie in 1995, which starred Rachel Leigh Cook (Mary Anne), Schuyler Fisk (Kristy), Bre Blair (Stacey) and Tricia Joe (Claudia). Similar to its predecessors, Netflix’s version is inspired by the books, so there’s a good chance we’ll see some overlap. According to Melissa Cobb, vice president of kids and family at Netflix, the revival couldn’t come at a better time.

“The themes of The Baby-Sitters Club still resonate 30 years after the original book series was released and there has never been a more opportune time to tell an aspirational story about empowering young female entrepreneurs,” she said. “Together with Ann M. Martin and the team at Walden Media, our ambition is to contemporize the story lines and adventures of this iconic group of girlfriends to reflect modern-day issues.”

Guess we have an excuse to break out our scrunchies after all.