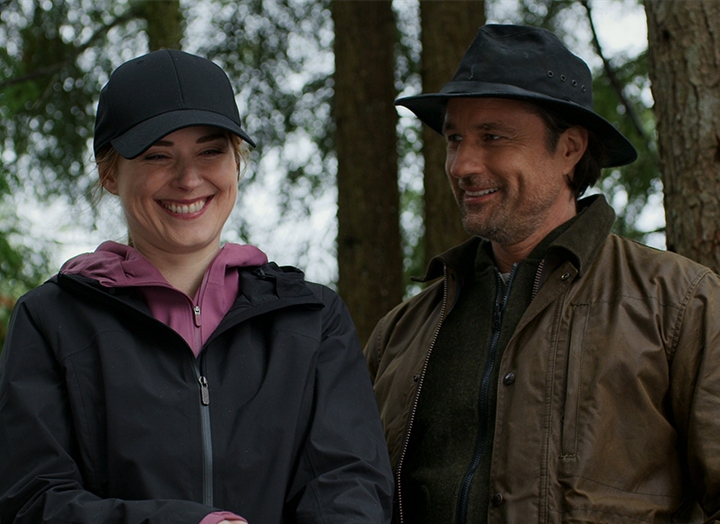 After almost a year of waiting for the second season of Virgin River to be released on Netflix, we can confidently say it did not disappoint. However, after watching all ten episodes of the second installment (and then watching them again), we are left with a ton of burning questions. The most obvious? Who the heck shot Jack?!

At the end of the season two finale, Mel (Alexandra Breckenridge) finds Jack bleeding out on the floor of his bar after being shot. However, viewers never actually see the violent encounter—just that the bar owner heard someone come into the establishment. And while there’s one major theory being tossed around by fans (that Calvin is the cold-blooded attempted-killer), there are actually a few suspects who could have wanted to harm Jack (unfortunately, he’s not the most liked man in Virgin River). And we’re actually starting to think that Brady (Ben Hollingsworth) could be the culprit.

Hear us out here. While Calvin, the drug lord seeking revenge, fits the bill for a possible gunman, Brady actually seemed to get tied up in some of his dirty business this season. So, perhaps he was sent there on behalf of Calvin. However, because of Jack and Brady’s close relationship (they did serve in the war together, after all), it's possible that Brady did not want to harm Jack and opted to shoot him in an area of his body that would not be fatal. Not to mention, he was also a target of the cop raid, and as a result, could have become increasingly angry at his former mentor.

Simply, we believe it would just be too obvious for Calvin to be the one who shot Jack, especially considering he rarely likes to get his hands dirty himself. It’s way more likely that he has someone else do it for him. And since Jack survived the attack (thank goodness), it only makes sense that it was someone who didn’t actually want Jack dead.

We guess we’ll just have to wait another year to see how this all plays out.

RELATEDWill There Be a ‘Virgin River’ Season 3? Here’s What We Know