Prince William Unveils Personal Message on IG: ‘With You All the Way’

We have another incoming message from Prince William on social media. But this time, the Duke of Cambridge is sending a special congratulatory note to England’s women’s football team—the Lionesses—for making the Women’s Euro 2022 finals.

To celebrate the milestone, the royal reposted a photo of the football team after they made the winning goal and secured their place in the finals.

“Congratulations @lionesses on making it to the #WEEURO2022 final on Sunday,” he wrote. “The entire country is so proud of everything you’re achieving. We believe in you and will be with you all the way.” The duke made sure to indicate the message﻿—which appeared in his Instagram Stories—came directly from him, signing it with a “W.” 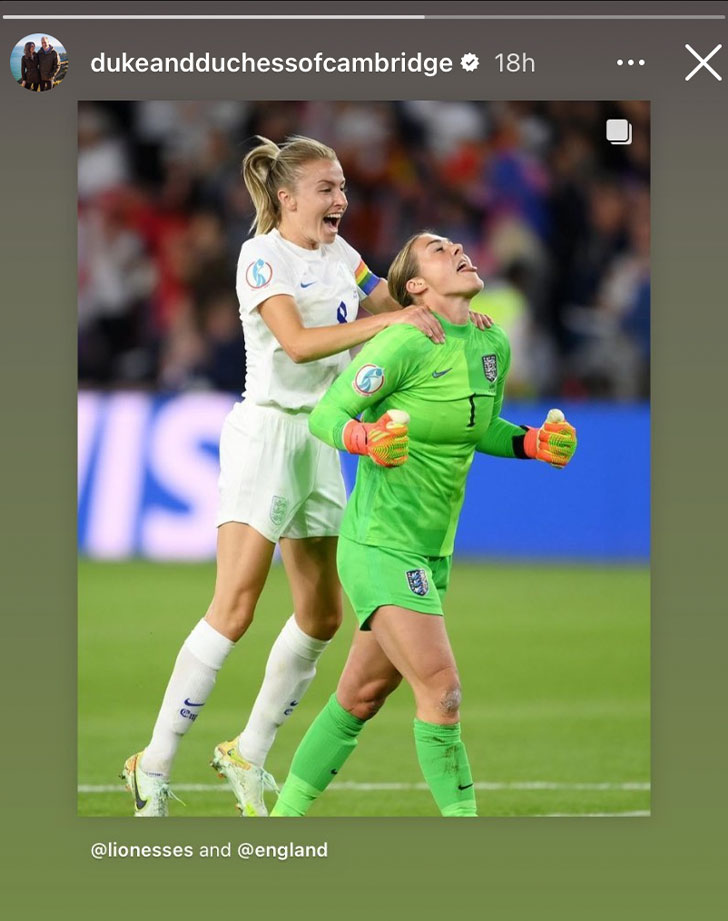 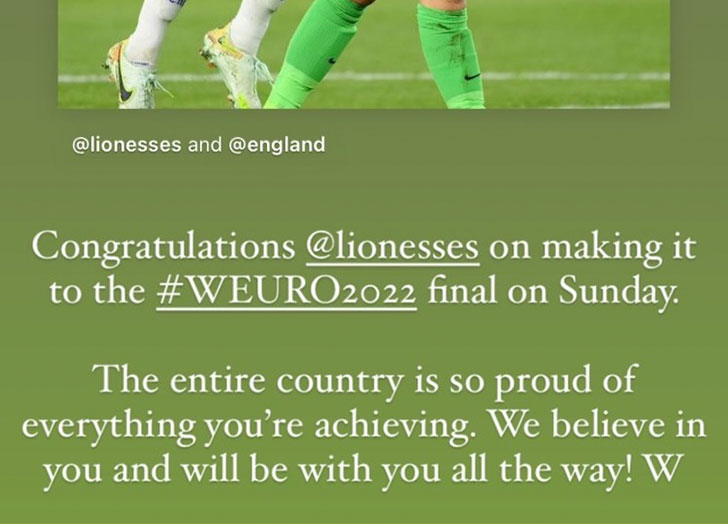 ​​It should come as no surprise that William has shown his support for the Lionesses on social media, given the fact that he is the President of the Football Association (FA) in England. He’s held the position, which was previously filled by his late grandfather, Prince Philip, ﻿since 2006.

This is certainly not the first time William has posted in support of the soccer team online﻿. Earlier this month, the duke retweeted a video from the Lionesses’s official Twitter page. Alongside the clip, he wrote, “Good luck to the @Lionesses as the Women’s Euro 2022 kicks off today. You’re already doing the nation proud and we’ll be cheering you on throughout the tournament! W.”

Nothing like a special message signed by the duke himself.