It seems Prince William is getting the hang of this whole social media thing.

This week, the Duke of Cambridge, 40, re-shared a photo on social media—which was originally posted by England’s women’s football team, the Lionesses—along with a special message. The slideshow featured photos that were taken when the team advanced to the UEFA Women’s Euro semi-finals. 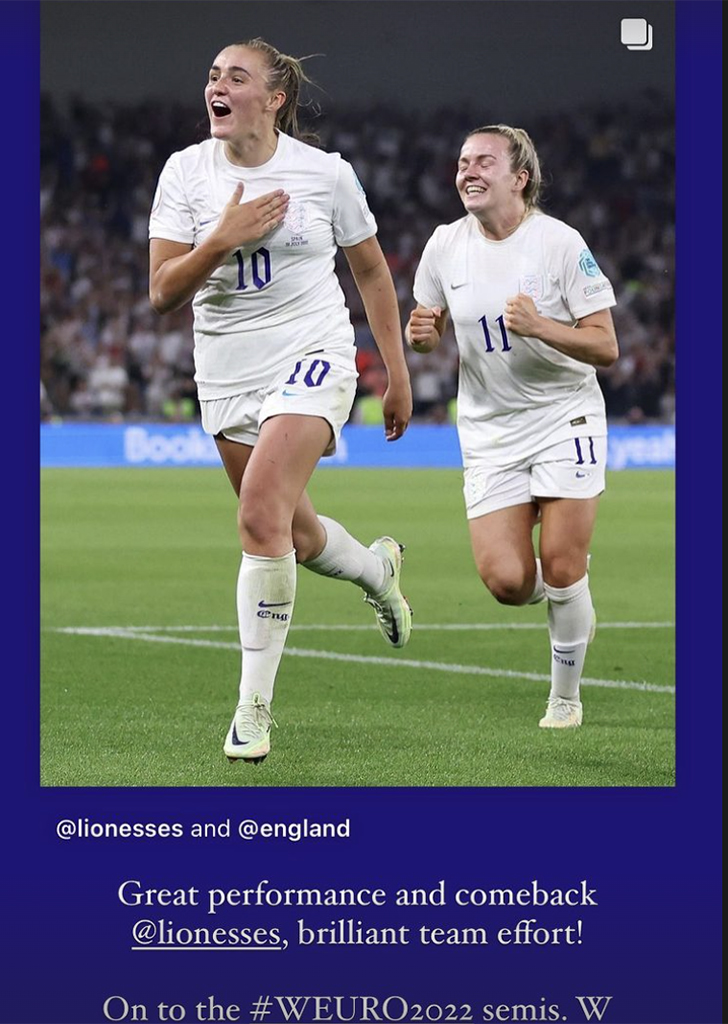 “Great performance and comeback @lionesses, brilliant team effort!” Prince William wrote. “On to the #WEURO2022 semi-finals.” He concluded the message with his unique personal sign-off: “W.”

This isn’t the first time that Prince William has supported the Lionesses on social media. Earlier this month, the Duke of Cambridge retweeted a video that was posted on the official Lionesses Twitter account, where they wrote, “This year means more. To you. To us. To all of us. Our family. Our time.”

Along with the clip, the royal wrote, “Good luck to the @Lionesses as the Women’s Euro 2022 kicks off today. You’re already doing the nation proud and we’ll be cheering you on throughout the tournament!” He also used his personal sign-off, writing, “W.”

Still, it’s no surprise that the Duke of Cambridge showed his support for the Lionesses, given that he is the President of the Football Association (FA) in England. (FYI, he has held this role since 2006.)

Keep the posts coming, Will.