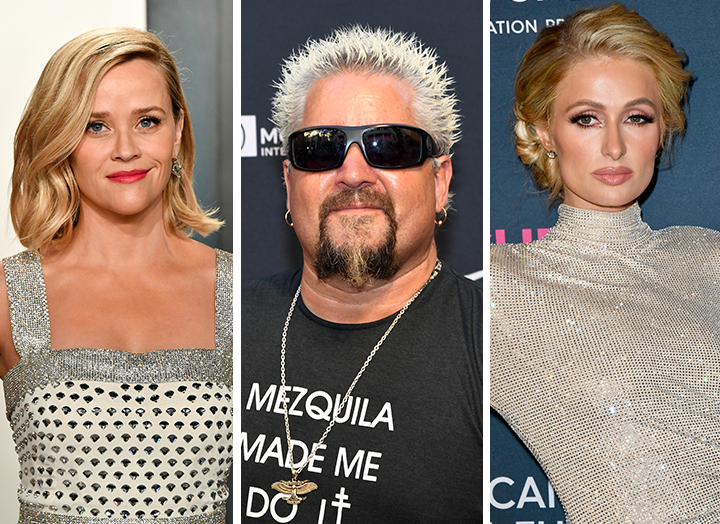 You probably don't think Paris Hilton and Guy Fieri have much in common. But think again. This weekend, they’ll be flexing their cooking skills in the kitchen for a cause.

On May 24, you can catch both of them—and a slew of other stars—when you tune into the Cooking Live Cook-a-Thon, an Instagram fundraiser that supports the charity Family Reach. The event benefits cancer patients and their families struggling with increased financial hardships due to COVID-19. It's hosted by Chef Ming Tsai of Food Network and PBS fame. For four hours, Tsai will show off in the kitchen alongside seven celebrity guests.

The annual live event has brought John Krasinski, Matt Damon and even Iron Chef Masaharu Morimoto to the table in past years. This year is its first virtual rendition.

First, he’ll team up with Chef José Andrés, colloquially known as the man who brought tapas to America (boy, are we grateful). Next up will be Reese Witherspoon, who we’re currently (and tbh, always) obsessed with after binging Little Fires Everywhere. You’ll then get to see two of your favorite Chopped judges, Chefs Amanda Freitag and Aarón Sánchez, followed by Paris Hilton and the Mayor of Flavortown himself, Guy Fieri. End the evening with the bassist of Imagine Dragons, Ben McKee.

The action goes down from 4 to 8 p.m. EST on @mingtsai's Instagram. Settle in with a bowl of popcorn and a glass of vino or try your luck in the kitchen along with them.