‘Virgin River’ Season 2 Is the #1 Show on Netflix. Here’s Everything We Know

We’re not ashamed to say that we’ve been waiting for Netflix to drop season two of Virgin River since news broke that the hit show was renewed in 2019. Yup, almost a year ago. And after an initial viewing, while some things still remained unclear, we were lucky enough to get the majority of answers throughout season two.

So, it’s not surprising that the series shot up to one of the most-watched spots on the streaming service just days after it was released. (We guess everyone cured their turkey hangover with a large dose of Virgin River.)

The series has surpassed a variety of other popular shows this month including Trial 4, The Crown and The Queen’s Gambit, American Horror Story, Cocomelon and Dash & Lily.

Here’s everything we know about Virgin River season two. 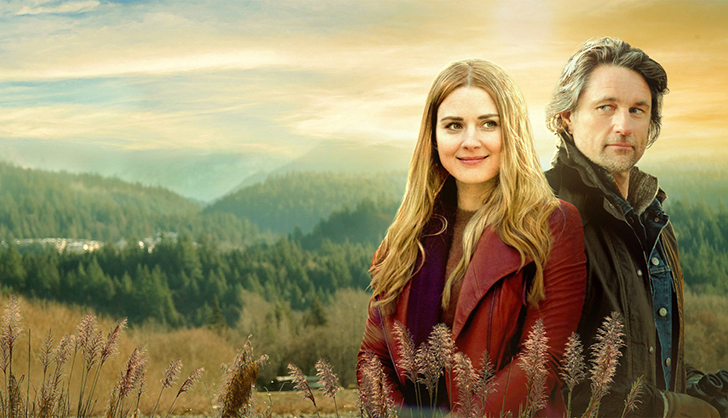 1. When did 'Virgin River’ season 2 premiere?

The streaming giant released the second installment on Friday, November 27. According to the Buzz Paper, the second season wrapped up filming in Vancouver in December of 2019 and it was rumored that it was going to be released this upcoming December (which wasn’t far off).

To refresh your memory, season one centers around Melinda “Mel” Monroe, who answers an ad to work as a nurse practitioner in the remote California town (Virgin River) to get a fresh start on life. She quickly realizes that small-town living isn't quite as simple as she expected and she soon learns that her past secrets can only stay buried for so long.

In addition to revealing the season two release date, Netflix also partially teased fans with what to anticipate. “Engagement. Babies. Heartbreak. Murder. For a small town, Virgin River has its fair share of drama—and Mel Monroe is often in the middle of it,” the platform wrote in a statement.

As we expected, season two picked up right where the season finale left off: when Mel learned that Jack and Charmaine were expecting a child and packed her bags to leave forever. However, (spoiler alert) her escape didn’t last long and she returned to Doc’s clinic, realizing she must learn to come to terms with herself and her past before she can truly make this her home.

Like season one, season two consists of ten 45-minute episodes with the first one titled, “New Beginnings.” If you’re looking for theories on that shocking finale, read here.

Of course. However, Netflix didn’t release it until a few weeks before the season dropped. The short clip, shown above, pretty much sums up the new installment (without giving too much away obviously).

Now that we’ve seen season two, are we too eager to be wondering about a possible third season? Apparently not. According to multiple reports, the hit series is in talks about a third installment, which is reportedly due to start production later this year.

RELATED Looking for Shows like ‘Sweet Magnolias’? These 8 Are Just as Binge-worthy