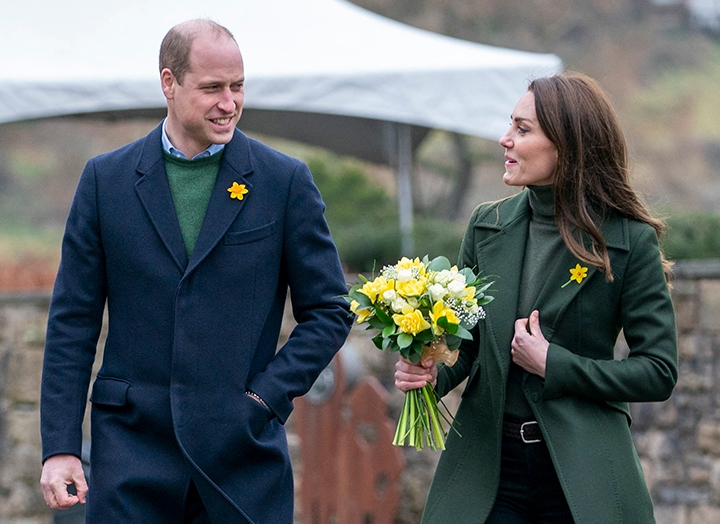 Prince William made the mushiest comment about his wife, Kate Middleton, and we almost missed it.

The Duke and Duchess of Cambridge recently embarked on a trip to South Wales, where they celebrated St. David’s Day. During one of the outings, Prince William greeted a group on on-lookers, who were waiting in freezing temperatures for a glimpse of the royal couple.

After greeting the crowd, Prince William addressed the cold weather and shared a fun fact about his wife: She has cold hands.

“[Kate] has the coldest hands ever,” he said, according to Hello! magazine.

Prince William and Middleton’s trip to Wales coincided with St. David’s Day (AKA the Feast of Saint David), which marks the date of his death in 589 A.D. When they arrived, the couple wore matching jackets, which featured button-up fronts and oversize pockets. They also pinned coordinating daffodils (the national flower of Wales) to their lapels.

Although they aren’t supposed to show PDA (per the queen’s rules), this isn’t the first time Prince William has verbally gushed over his wife. The couple tied the knot back in April 2011 in a lavish ceremony at Westminster Abbey in London. They now share three children together: Prince George (8), Princess Charlotte (6) and Prince Louis (3).

Keep it up, you two.