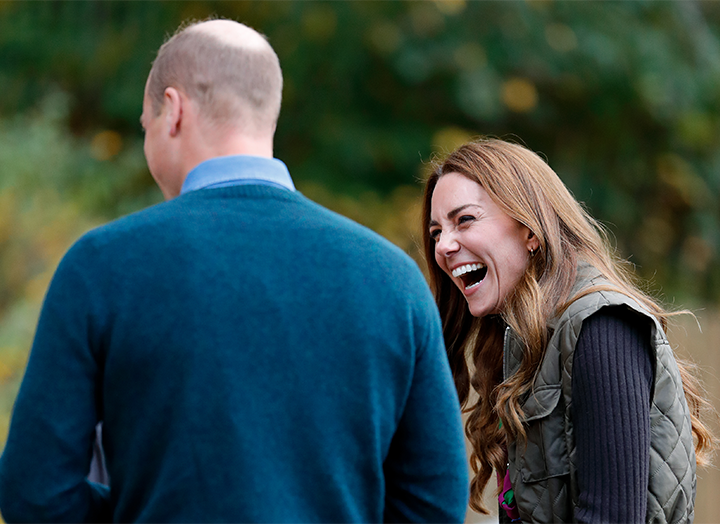 The Royals are no strangers to gifting each other silly things for a good laugh—in fact, it's a bit of a family tradition, according to Mirror—but it'll be hard to top the gift Kate Middleton gave a few years ago. The Duchess of Cambridge reportedly gave her brother-in-law, Prince Harry, a "grow-your-own-girlfriend" kit. (Don't worry, she gave him this pre-Meghan Markle, during his single days.)

Instead of the kind of luxe gifts you might associate with the monarchy, it's said the Royals opt for gag gifts; one year, the Queen was gifted a shower cap that read "Ain't Life a B*tch." These gifts are always opened as a family, so yes, the Queen, herself, would have been present during this unveiling. The family traditionally opens their shared Christmas gifts on Christmas Eve instead of Christmas morning in the Sandringham's white drawing room.

In case you don't know, a "grow-your-own-girlfriend" is a small, feminine figure that will grow once placed in water. The reviews online only underscore the laughs this $7 toy brings: ﻿"﻿Cheapest lady I've ever dated, I take her to all the family events and everyone stares because of her beauty," ﻿one reviewer said, while another declared they'd give it "10 stars if I ﻿could!"﻿

We know what we'll be getting our single friend for the next gift exchange. Grab your own here.

LOVE PRINCE WILLIAM & KATE MIDDLETON? LISTEN TO ‘ROYALLY OBSESSED,’ THE PODCAST FOR PEOPLE WHO CAN’T GET ENOUGH OF THE ROYAL FAMILY