As a mother of three, Kate Middleton, 40, has certainly had her fair share of experience with kids, so it's no wonder she always handles them like a breeze.

This past Saturday, November 5, the Princess of Wales headed to the DW Stadium in Wigan, England, for the Rugby League World Cup, where England played against Papua New Guinea. And while there, the royal chatted with a few kids and ended up pulling out one of her favorite parenting moves: bending down to speak with them at eye level.

Princess Catherine's visit was documented on the Instagram account she shares with her husband, Prince William, and within the slideshow, the first pic showed the princess bending down to talk with a pair of children.

“Great day in Wigan today to celebrate the @RLWC2021!” the caption read. 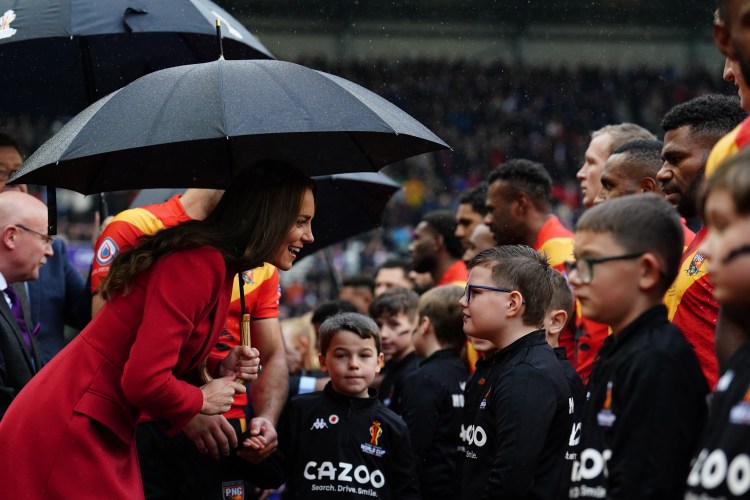 This is the first match Princess Catherine has attended since becoming Patron of the Rugby Football League (RFL), a position that was formerly held by her brother-in-law, Prince Harry. (Oh, and she's making history as the first woman to ever hold this position, too.)

During the match, the 40-year-old royal cheered on England, and she was also seen sporting a red poppy brooch in honor of Remembrance Sunday, which will take place on November 11 and honor armed forces members who passed away in the line of duty. 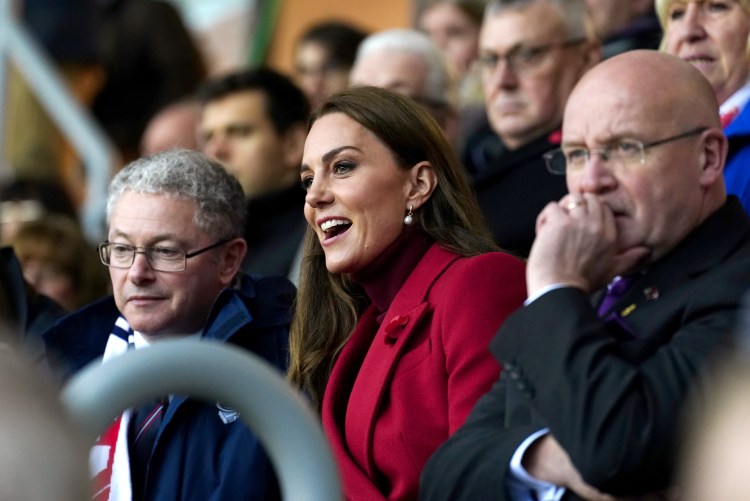 We've seen the princess pull out her go-to parenting move on numerous occasions, whether it was at the 2021 royal Christmas concert, or during a trip to Belize.

Just a couple months back, we saw Princess Catherine use the technique while chatting with a small child at the RNLI Lifeboat Station, during her first outing following Queen Elizabeth's passing.

Catherine's such a natural with kids.

Wait, Did Kate Middleton Get Her Go-To Parenting Move From Princess Diana?!