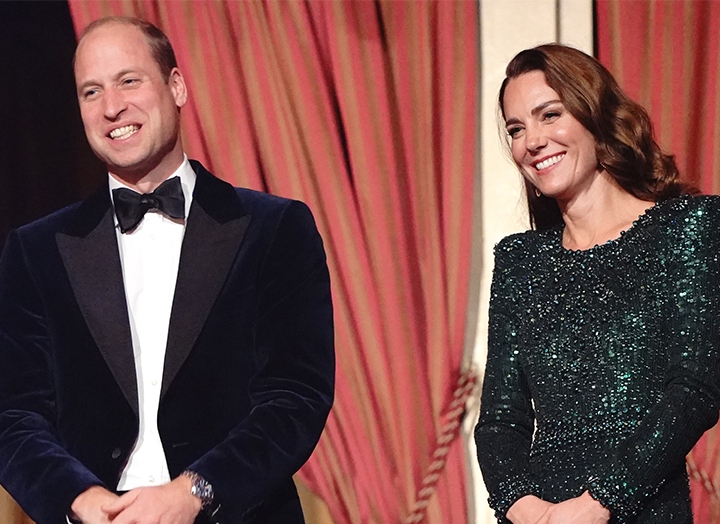 Kate Middleton is getting into the holiday spirit by hosting a televised Christmas special.

According to multiple reports, the Duchess of Cambridge will host a Christmas carol concert live from Westminster Abbey that will air on television. While the mother of three is set to emcee the event, her husband, Prince William, is expected to be watching from the audience. The couple might also bring their children, Prince George, 8, Princess Charlotte, 6, and Prince Louis, 3.

Set to take place early next month (although no official date has been confirmed), the concert will raise funds for a variety of charities, including NHS Charities Together, which has supported health service workers throughout the pandemic.

While the program was originally supposed to air on BBC, it is now scheduled to appear on another network, ITV. “This is a real coup for ITV,” a source told The Sun. “It is a brand new format — the royals have never hosted a televised TV concert before. And to have the Duchess leading on it is a big deal.”

The family of five are no strangers to holiday concerts. Last year, the Cambridge kids made their red carpet debut while attending a special pantomime performance at the Palladium Theatre in London with their parents. During the event, William, Middleton and their mini-mes walked the red carpet wearing complementary ensembles.

We’re hoping for another red carpet moment, only this time, on the small screen.

LOVE PRINCE WILLIAM & KATE MIDDLETON? LISTEN TO ‘ROYALLY OBSESSED,’ THE PODCAST FOR PEOPLE WHO CAN’T GET ENOUGH OF THE ROYAL FAMILY