Kate Middleton’s most recent royal outing combined three things she loves the most: Prince William, children and a statement coat that also happened to be a royal rewear.

The Duke and Duchess of Cambridge teamed up for a joint outing on Wednesday and paid a visit to the Heathland School in London to meet with children and hear their ideas on battling climate change in support of the duke’s Earthshot Prize endeavor.

According to an Instagram posted on the couple’s shared Instagram account, the group “generated over 120 innovative, fun, wild and truly imaginative ideas as part of a Generation Earthshot activity with @theworldslesson.” In the caption, the duo thanked the children for the ideas and said, “it was a pleasure to design and share them all together.”

Naturally, we were happy to see the duke and duchess together working with children and trying to save the environment. However, we also couldn’t help but be distracted by Middleton's outfit choice for the day: an emerald coat that has been a part of her wardrobe for almost a decade. She topped off her look with a light green sweater, black slacks and black heels. 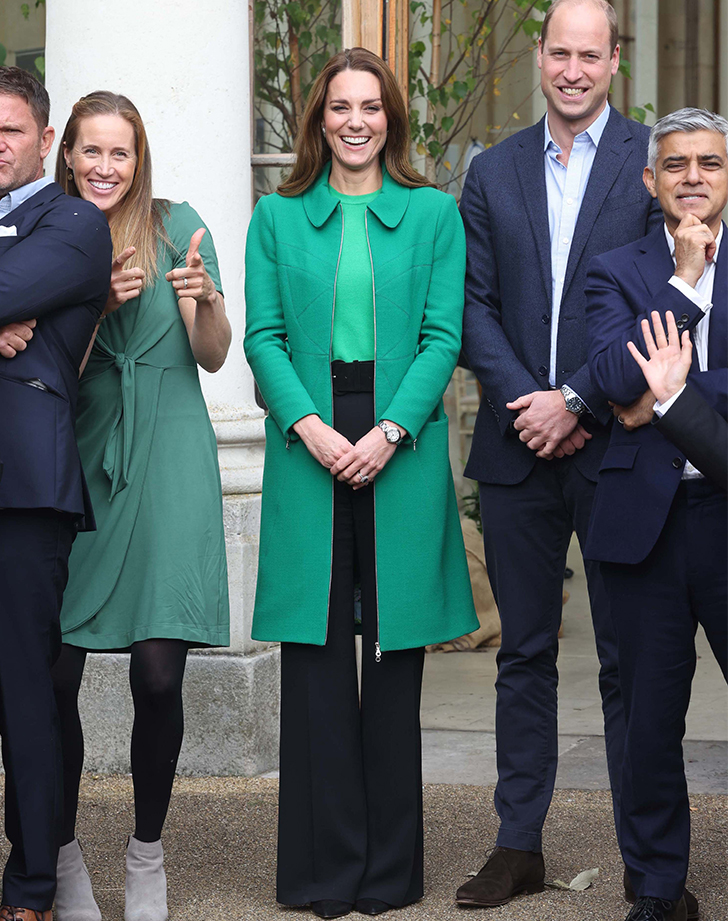 The 39-year-old sported the statement jacket, which features long sleeves and a collar, during her 2014 tour of New Zealand with Prince William. According to People, during the trip, Middleton revealed that her husband disliked the piece. When complemented by a royal fan, the duchess revealed that while she liked it, William thought it was a “bit bright.” (It’s also important to note that this isn’t Middleton’s only green coat, she also owns an army green one from Alexander McQueen.)

We have a feeling Will probably likes the emerald coat more this time around since it fits in perfectly with his green initiative.