These 5 Stars Modeled Their Met Gala Looks After Hollywood Icons

For those who were unaware, this year's Met Gala theme was “In America: A Lexicon of Fashion,” which meant the stars walked the red carpet wearing the looks that they thought best encapsulated “a modern vocabulary of American style.”

Of course, each star embraced the theme in various ways, whether it was reworked denim, stylish streetwear or political pieces. But in a few cases, the guest celebs decided to channel the style of some of America's greatest icons, ranging from Marilyn Monroe to Rita Hayworth.

These vintage influences were a notable trend and this old Hollywood vibe resulted in some of the most glamorous ensembles of the evening. Check out five of the night's best looks that were inspired by Hollywood icons. 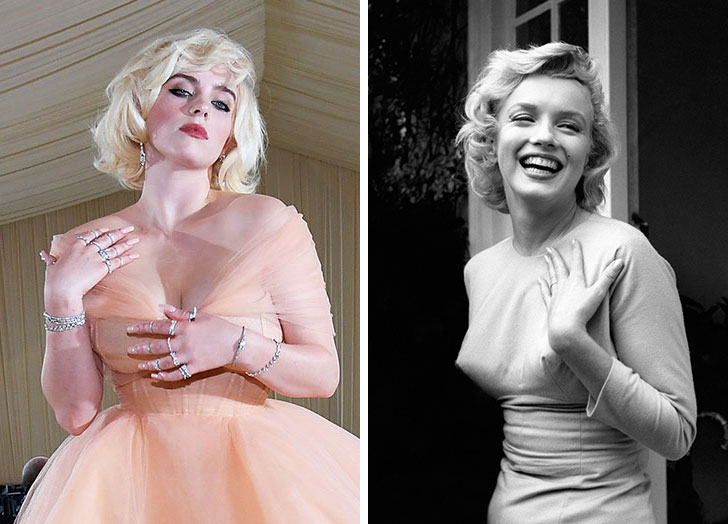 For Billie Eilish's latest album era, she's been embracing a vintage glam, and she brought this same sensibility to the Met Gala red carpet. Here, Eilish said that she was channeling everyone from Grace Kelly to an old holiday Barbie doll. But we have to say—she was giving some serious Marilyn Monroe energy with her bleach blonde bob and her stunning peach gown courtesy of Oscar de la Renta. 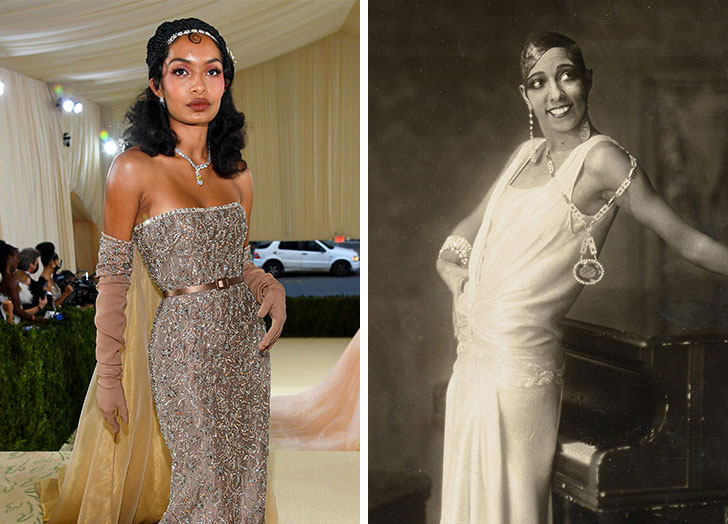 While talking to the press at the Met Gala, Yara Shahidi revealed that her shimmering gown was inspired by entertainer and activist Josephine Baker. The American-born French performer was known for her form-fitting dresses and sparkly jewels, and Shahidi made sure to add these touches to her custom Christian Dior dress by Maria Grazia Chiuri. 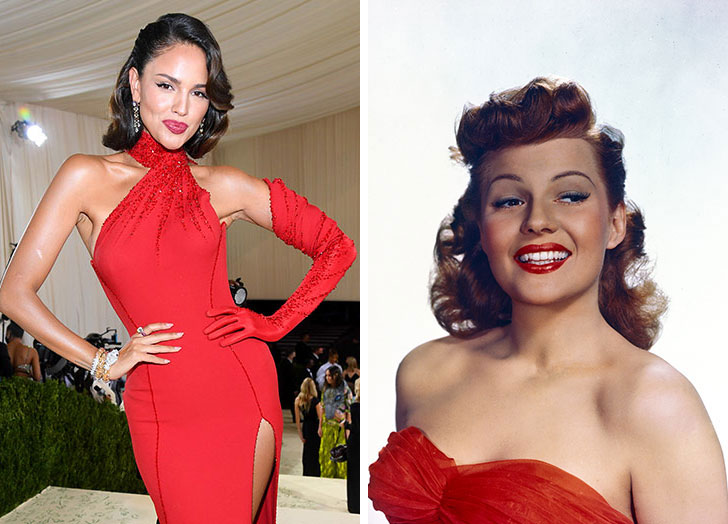 Eiza González opted for a bright red look courtesy of Versace at this year's Met Gala, which she paired with one long glove and some shiny gold bracelets. When asked who the look was inspired by, González said she was channeling American actress and dancer Rita Hayworth, who was certainly a fan of the bold color. González also rocked a similarly curly hairstyle to Hayworth's. 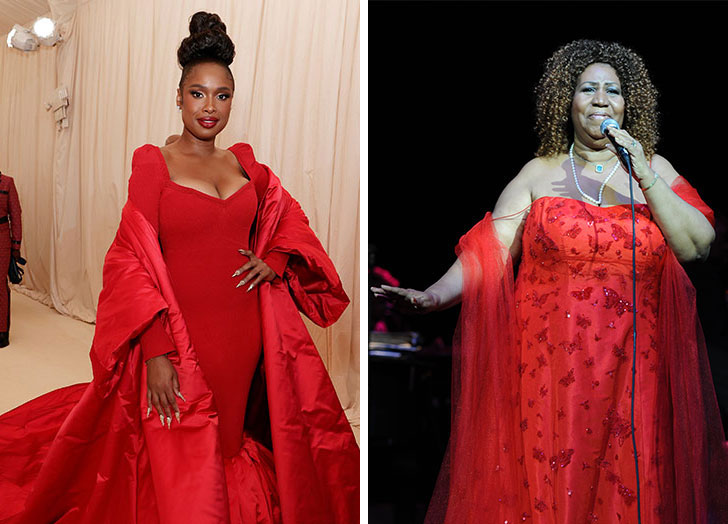 Jennifer Hudson recently gave a winning performance (that we raved about) as Aretha Franklin in the biopic ﻿Respect﻿, but it looks like the star isn't ready to give up the role just yet. Hudson showed up to the Met Gala in a red AZ Factory gown with an eye-popping train that was inspired by the "Queen of Soul." And we think this outfit deserves some R-E-S-P-E-C-T. 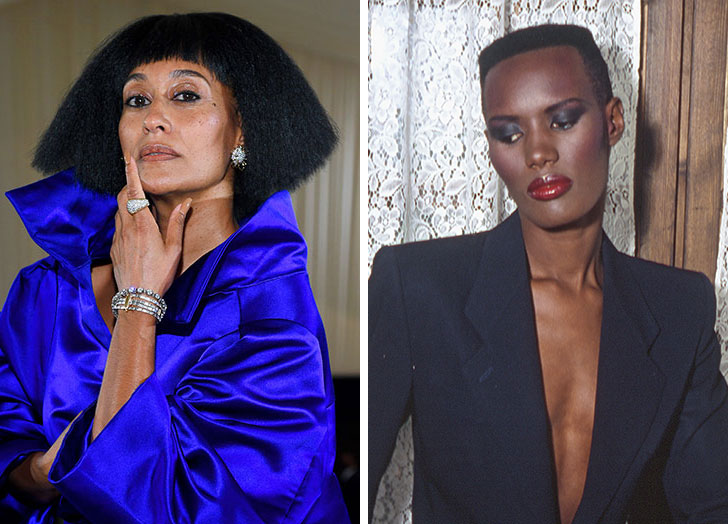 When Tracee Ellis Ross shared her stunning Balenciaga couture from the Met Gala on Instagram, she captioned the photo, “Giving a little Mahogany & Grace Jones in @balenciaga couture & @tiffanyandco #metgala.” And we have to say she totally nailed the tribute to the Jamaican-American model and performer. With Jones's affinity for angular cuts and rich colors, Ross really embodied her style with this deep blue coat dress.

All the Must-See Looks from the 2021 Met Gala