We’re Calling It: These Will Be the 8 Best-Dressed New Celebs of 2022

Well established style stars like Rihanna, Elle Fanning, Zendaya or Gemma Chan will always be atop our best dressed lists. But they’re also going to have to make some room for the wave of talented new names currently flooding our Instagram feeds. These up-and-comers are already making waves with their red carpet ensembles and day-to-day looks, and we’re willing to bet they’re only just getting started. Pretty soon our “Dream Outfits” Pinterest board is going to have a whole new host of faces—and fabulous outfits, of course—for us to use as inspiration. So if you don’t already know these names, now’s the time to learn them.

No One Works a Power Suit Better Than Tracee Ellis Ross 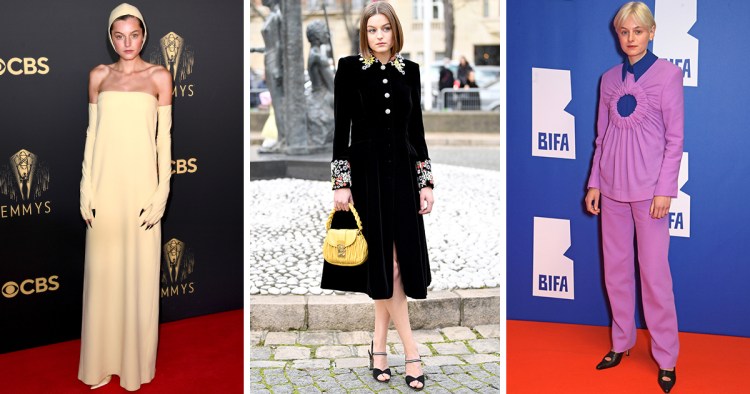 Fans of The Crown had been eagerly awaiting the arrival of Princess Diana to the show’s cast, but no one was entirely prepared for how spectacularly spot-on newcomer Emma Corrin’s performance would be. Their eerily uncanny depiction landed them numerous awards (including a Golden Globe for Best Actress in a Television Drama), and much like Lady Di herself, drew lots of attention to their wardrobe, both on and off screen. Corrin is not one to shy away from high fashion risks, like the beige swim cap and fingerless gloves (accessorized with sharpy pointed black nails) by Miu Miu she wore to the 2021 Emmys, and is developing a reputation for her distinctly British sense of style. With multiple film projects in the works, we expect to see lots of more of Corrin’s fashion-forward outfit choices. 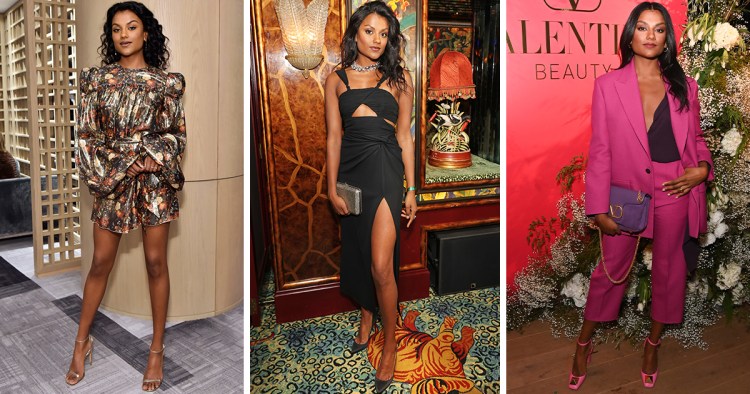 We’d argue both that Bridgerton and Sex Education are fabulous sources of fashion inspiration (though they’re definitely at opposite ends of the spectrum), and at the center of both is British actress Simone Ashley. The 26-year-old is relatively new to the high fashion scene but has already starred in ads for Loewe’s Ibiza fragrance, sat front row at both the spring 2022 Chanel and Prada shows and has proven herself to be something of a style chameleon when it comes to red carpet looks. Although Ashely has credited Stevie Nicks as her ultimate fashion inspiration, she’s not afraid to rock a bold tailored suit or black sequined two-piece gown in addition to flowy paisley minis and wavy locks. 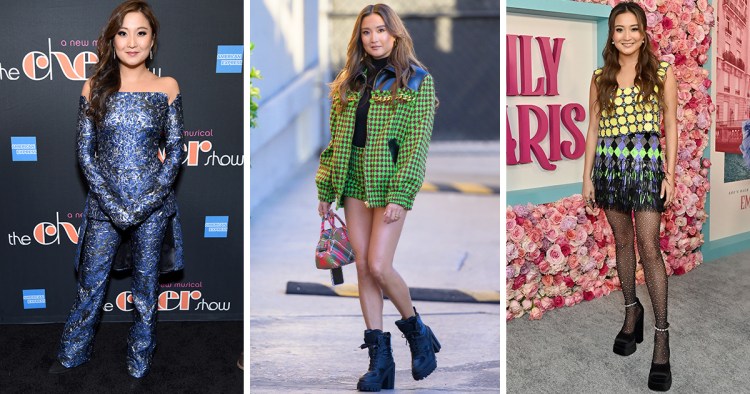 Fans of Emily in Paris will recognize Park as the titular Emily’s BFF Mindy Chen, and any fans of Girls5eva know her as Ashley, but Broadway fanatics may know her best as Gretchen Wieners in the musical version of Mean Girls for which she was nominated for multiple Tonys and Critics’ Choice awards. And while there’s no doubt that Park’s costumes on Emily in Paris are wonderfully over-the-top (even more so than Emily’s), her IRL outfit choices are just as vibrant but fall on the side of boldly stylish rather than kooky. Park definitely knows how to have fun with fashion, and we can’t wait to see what else she pulls out of the bag as her star continues to rise. 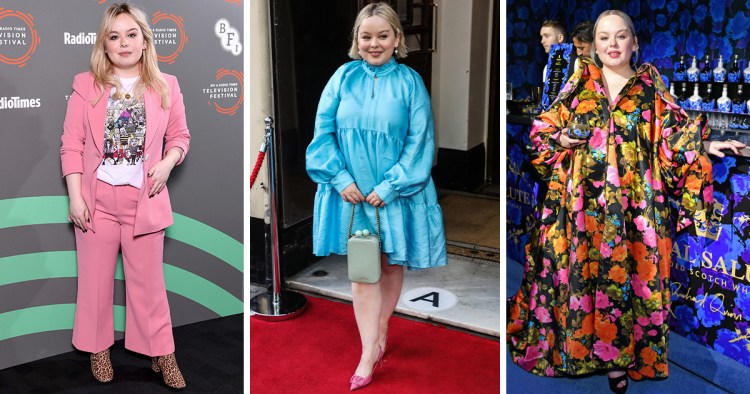 Another ﻿Bridgerton ﻿star, Coughlan is also a fan of bold fashion choices. Though we've occasionally spotted her rocking a classic little black dress, the ﻿Derry Girls ﻿actress most often chooses vibrant colors and interesting silhouettes, and isn’t one to shy away from ruffles, patterns or volume. And that’s all before we even get into her love of makeup—a quick scroll through her Instagram will give you all the bright eye makeup inspo you could ever want. We can’t get enough of her talent for mixing and matching high-end pieces with casual separates, like the yellow tulle Molly Goddard gown and cropped black cardigan (complete with hot pink eye shadow) she wore to the Golden Globes in early 2021. In fact, ﻿Vogue ﻿even named her one of the Best Dressed Women of 2021 alongside stars like Angelina Jolie and Rihanna, so, yeah, she’s definitely one to watch. 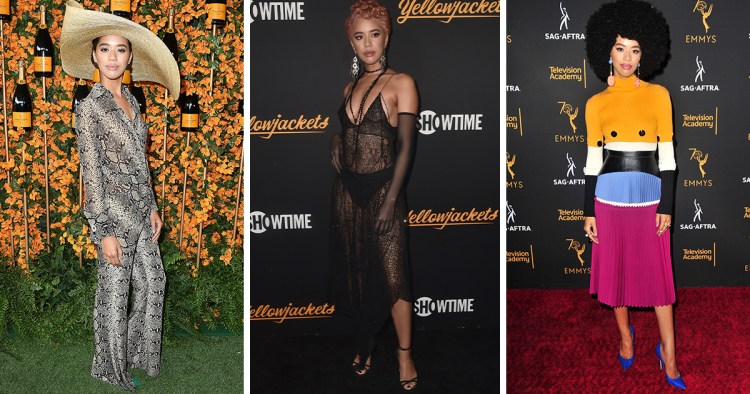 Actress Savoy Brown is actually 27 (with a long, successful career under her belt), but she’s currently enjoying a new spin in the spotlight playing teenage Taissa Turner on Showtime’s cult hit Yellowjackets. Her Instagram account is a treasure trove of low-key fashion inspiration, and Savoy Brown has seemingly perfected the art of looking relaxed and casual in even the most daring pieces (see the black mesh gown above which she wore to the premiere of Yellowjackets in November 2021). She’s definitely one to keep an eye on, especially with season two of the must-watch series now officially in the works. 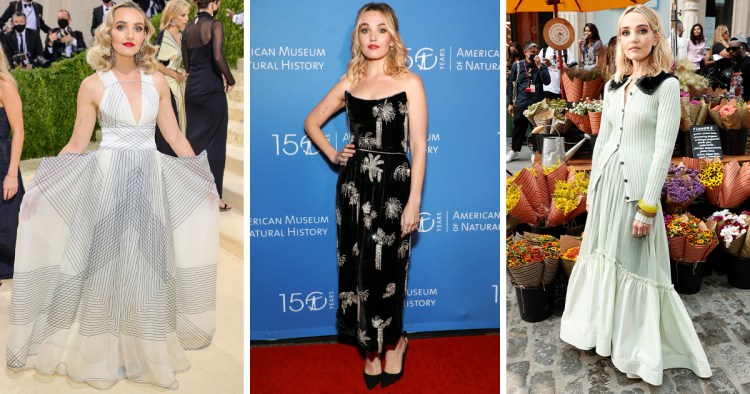 The Saturday Night Live star was just announced as the new face of Pantene and has been sitting front row at numerous fashion week shows for the past few years, but Fineman has a lot planned for 2022 and we expect to see many more stylish outfits as she pops up on red carpets and late-night talk shows. For instance, late last year she wrapped filming on Babylon, Damien Chazelle’s follow up to La La Land, alongside Tobey Maguire, Margot Robbie, Emma Stone, Brad Pitt and other big names. Keep an eye out for this stylish comedienne and her vintage, old-Hollywood vibes. 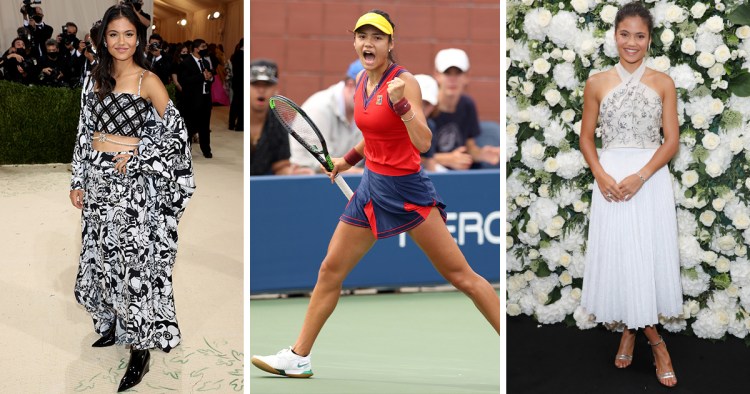 Emma Raducanu made a splash in 2021 by winning the U.S. Open, making her the first British tennis player to win a Grand Slam singles title since Virginia Wade’s 1977 Wimbledon victory. Less than 48 hours after her historic win, Raducanu attended the Met Gala decked in head-to-toe Chanel and was announced as a brand ambassador for both Tiffany & Co. and Dior shortly after that. She also appeared in the October 2021 issue of Vogue UK, so we think it’s safe to say we haven’t seen the last of this young athlete’s sartorial influence. 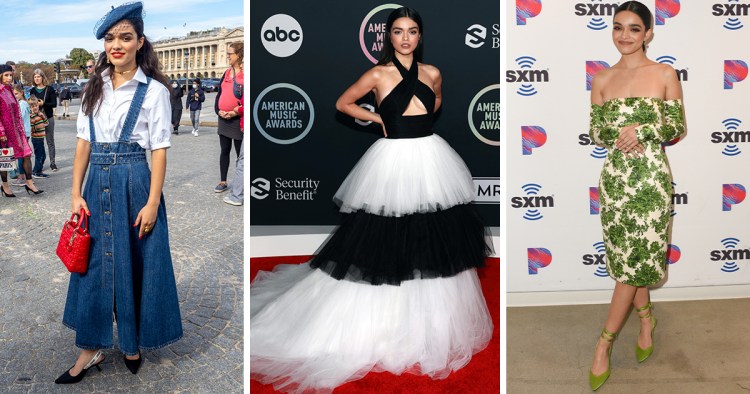 Rachel Zegler has just one movie role under her belt—she plays Maria in Steven Spielberg’s remake of West Side Story—but she’s already making waves as an award season favorite. For the WSS press tour, Zegler proved herself a fan of unconventional silhouettes, clearly having a ton of fun with both red carpet gowns and fabulous talk show looks. The 20-year-old actress is also currently in the middle of filming Disney’s live-action version of Snow White, again playing the leading lady, and we can’t wait to see what she has tucked away in her wardrobe for 2022.