The 'Stranger Things 4' Volume 2 Theories Are Wild, But I Can't Stop Thinking About This Eddie Munson One 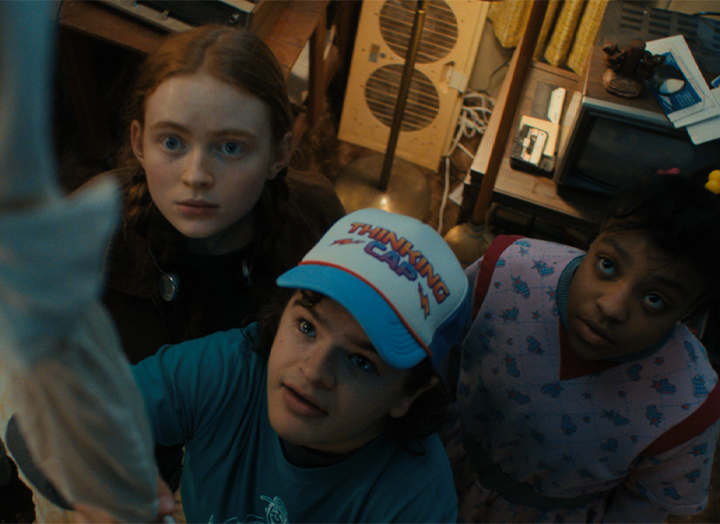 My Memorial Day Weekend, while filled with sunshine and rosé, revolved around the release of Stranger Things 4 (volume 1). With every progressing storyline, my investment in this season became borderline obsessive. The theories floating around are what you would expect, ranging from plausible to absolutely wild. But if I've learned anything from my four-season journey with Stranger Things, it's that literally anything can happen.

From wondering "will we like Eddie?" to "OMG we love Eddie" and "will Eleven be able to get her powers back to conquer Vecna?" to "Number One is Vecna?!"—it's truly been an emotional rollercoaster. But out of all of the volume 2 predictions out there, there's one that I cannot get out of my head, and it has to do with our beloved Eddie Munson.

Like any devoted fan, after I finished the new season, I ventured back to the trailers to see if there's anything hinting about volume 2. Eddie's passion for rock 'n roll is palpable, and we see him rocking out on his guitar in the Upside Down in both trailers. The first trailer is accompanied by Journey's "Separate Ways," which is not only a rock anthem, but it's also ﻿a possible sentiment that one (or multiple) of our buddies from Hawkins will be exiting the show (AKA succumbing to Vecna's spell). I believe Eddie reenters the Upside Down with his guitar (which is in the next room) to lure Nancy back to reality and away from Vecna. In doing so, I think he will unknowingly sacrifice himself to save her. This predicted act of saving Nancy will close out his storyline as a hero. *insert broken heart emoji*

This theory and similar versions of it have been a popular and controversial one. This season we've been so focused on three things: Eleven getting her powers back, Hopper returning from Russia and saving Max from Vecna. The show does a phenomenal job of getting you so captivated by the big storylines that when a subplot has a twist, you are shocked to your core. This season really took Hawkins' creepy, extrinsic small town happenings to horrific, grotesque tragedies in a horror movie-like way. The terror is balanced out by love interests and humor, but I still had to pause frequently to give my anxiety a break.

See you July 1 for Stranger Things 4 (volume 2). Until then, cue "Running Up That Hill" by Kate Bush.

17 Shows Like 'Stranger Things' That Are Just As Binge-Worthy