Who Will Win Video of the Year at the VMAs on Sunday? We Have a Good Guess

The 2022 MTV Video Music Awards are this Sunday, August 28. And while we can always expect the show to feature wild performances, raunchy comedy and showstopping looks, we're always most anxious to see who will receive the coveted Video of the Year award.

Last year, the prize went to Lil Nas X for his headline-grabbing visual for “Montero (Call Me By Your Name).” And this year, Lil Nas is nominated again for his “Industry Baby” video (with Jack Harlow), but he's up against some stacked competition.

Besides Lil Nas X, the other nominees include Olivia Rodrigo for “Brutal,” Doja Cat for “Woman,” Drake (feat. Young Thug and Future) for “Way 2 Sexy,” Ed Sheeran for “Shivers,” Harry Styles for “As It Was,” and Taylor Swift for her 15-minute All Too Well: The Short Film. But if there's one nominee who seems to have the greatest chance of winning, it's got to be Swift.

Swift is certainly no stranger to the VMAs, and she's been handed the Video of the Year prize in the past for “Bad Blood” (2015) and “You Need to Calm Down” (2019). In fact, Swift is one of only four artists (along with Eminem, Rihanna and Beyoncé) who have won the prize twice, and she and Beyoncé are the most nominated female artists in the category's history—with five each.

But it's not just the “Cardigan” singer's success with the category that makes her a shoo-in to win. Last year, Swift smashed chart records yet again with her re-recorded Red (Taylor's Version), and she took one of the most beloved songs of her career, “All Too Well,” and released a long-mythologized 10-minute version which had been cut in half for the original release of Red back in 2012.

With the release of the “All Too Well (10 Minute Version),” Swift broke another record, as the song skyrocketed to the top of the Billboard Hot 100, and became the longest song to ever chart at #1, dethroning Don McLean’s “American Pie.”

Amidst all this hype, Swift released a 15-minute short film (which she directed, btw), where she casted Stranger Things’s Sadie Sink and Teen Wolf’s Dylan O'Brien and recreated the romance that plays out in the song. The visual received praise from critics, and it even had a limited theatrical release across the U.S. Now, some experts are predicting that it could receive an Oscar nomination for Best Live-Action Short Film (which, if it won, would be Swift's first-ever Academy Award).

With all its buzz and success, it seems very likely that Swift will be making history and taking home a third moonman for Video of the Year. Not to mention, Billboard noted that this is the first time in VMA history in which the majority of the nominees in the category were directed by women. So, it would be even more special to see a female director take home the prize (especially for a song she wrote herself). 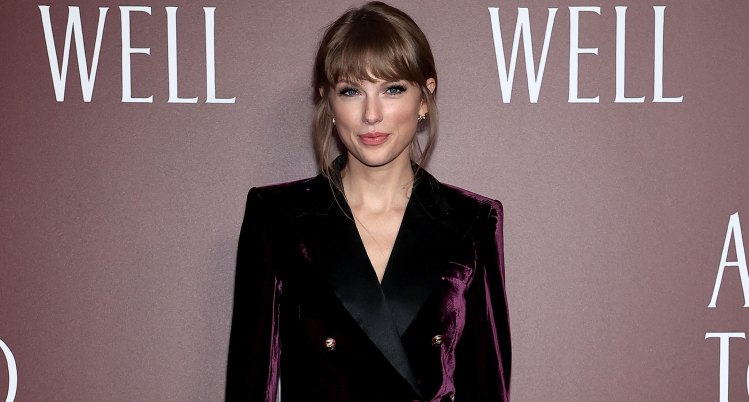 If there's one artist who may give Swift a run for her money, we would have to go with Lil Nas X. Although the 23-year-old performer took home the prize last year and no artist has ever won Video of the Year two times in a row, his “Industry Baby” video racked up nearly 400 million views on YouTube, and garnered nearly just as much buzz as “Montero.” Also, the track helped make Jack Harlow more of a household name (and the rapper is even one of the hosts of this year's ceremony, alongside Nicki Minaj and LL Cool J).

Of course, we'll have to wait until Sunday to see who wins, but we're making our bets on Swift.

The VMAs will air on MTV live at 8 p.m. ET/5 p.m. PT. The ceremony will also be livestreamed on MTV.com.