Will ﻿Meghan Markle & Prince Harry’s Daughter Lili Be Added to the British Line of Succession? 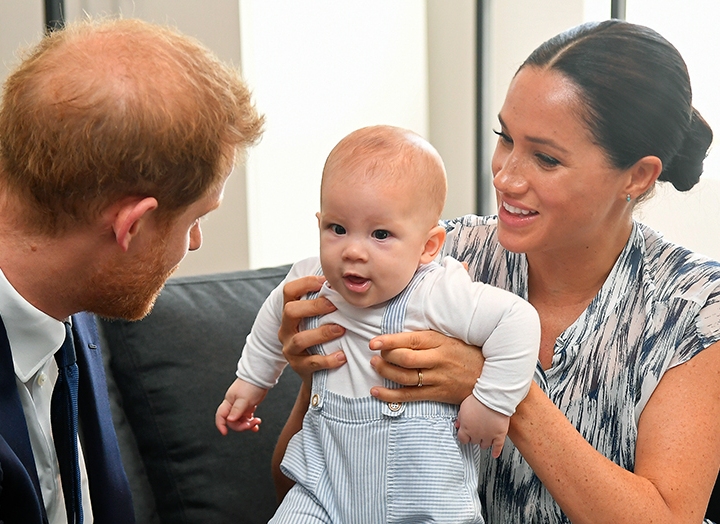 While we initially weren’t sure how Meghan Markle and Prince Harry’s decision to step down as senior members of the royal family would affect the line of succession, it seems that things have remained the same. Harry is still sixth in line after Prince Charles, Prince William, Prince George, Princess Charlotte and Prince Louis, and his son Archie Harrison Mountbatten-Windsor is seventh.

So, when we learned that the Duke and Duchess of Sussex officially welcomed their second child together, we had one question: Will Lilibet “Lili” Diana Mountbatten-Windsor be added to the list of names in line for the throne? It apprears that way, especially considering they let Archie keep his place.

This means baby Sussex falls right after her older brother and is eighth in line. The previous holder of that position, the Duke of York, has been pushed back one place was the rest of the lineup. (It’s important to note that the official website of the royal family has yet to update their site to include Lili in the list.)

However, according to PureWow’s own royal experts and hosts of the Royally Obsessed podcast, Rachel Bowie and Roberta Fiorito, Lili will probably not receive a royal title.

“It's unlikely that Meghan and Harry's new arrival will receive a title—Archie did not—but that doesn't mean their baby won't be included in the line of succession,” Bowie said. “He's Prince Harry's child, no matter where he lives. But I do love that this will be the first American-born heir.”

Yup, not only does the newborn have a place in line to the British throne but as an American, she could also become the President of the United States.

Eighth in line to the throne and a potential future in politics? Sounds good to us.

What Does the Official Royal Family Website Have to Say About Baby Archie? You’d Be Surprised