This just in: Prince Charles has finally arrived in Birmingham.

Earlier in the day, Clarence House posted a brand-new video on social media documenting the royal’s arrival event. The footage showed Prince Charles greeting the crowds in a blue pinstripe suit, while “Champion” by UB40 played in the background.

The caption read, “Gearing up for Birmingham 2022 Commonwealth Games! Underpinned by the core values of humanity, equality and destiny, the Games unite the Commonwealth family and inspire world-class athletes to compete in the spirit of friendship and fair play.”

It continued, “The Prince of Wales toured the site, including Athletes Village, where he met athletes, officials, spectators, and the remarkable volunteers on which the Games rely. The 2022 Games will be the first time West Midlands has hosted the event, following London in 1934 and Manchester in 2002.”

Earlier this week, Queen Elizabeth announced that Prince Charles would attend the opening ceremony in her stead, along with the Earl and Countess of Wessex.

“Just announced! The Prince of Wales and The Duchess of Cornwall, alongside other members of @TheRoyalFamily, will represent The Queen at the Opening Ceremony of the Commonwealth Games in Birmingham,” the caption read.

It also elaborated on the significance of the Commonwealth Games, writing: “Held every four years, The Commonwealth Games bring nations together in a colourful celebration of sport and human performance. The Games have grown to a global spectacle of 4600 sports men and women from across 72 nations and territories.”

The news was also shared to the official royal family Instagram Story, where they said, “Members of The Royal Family will attend the @birminghamcg22 Commonwealth Games!” 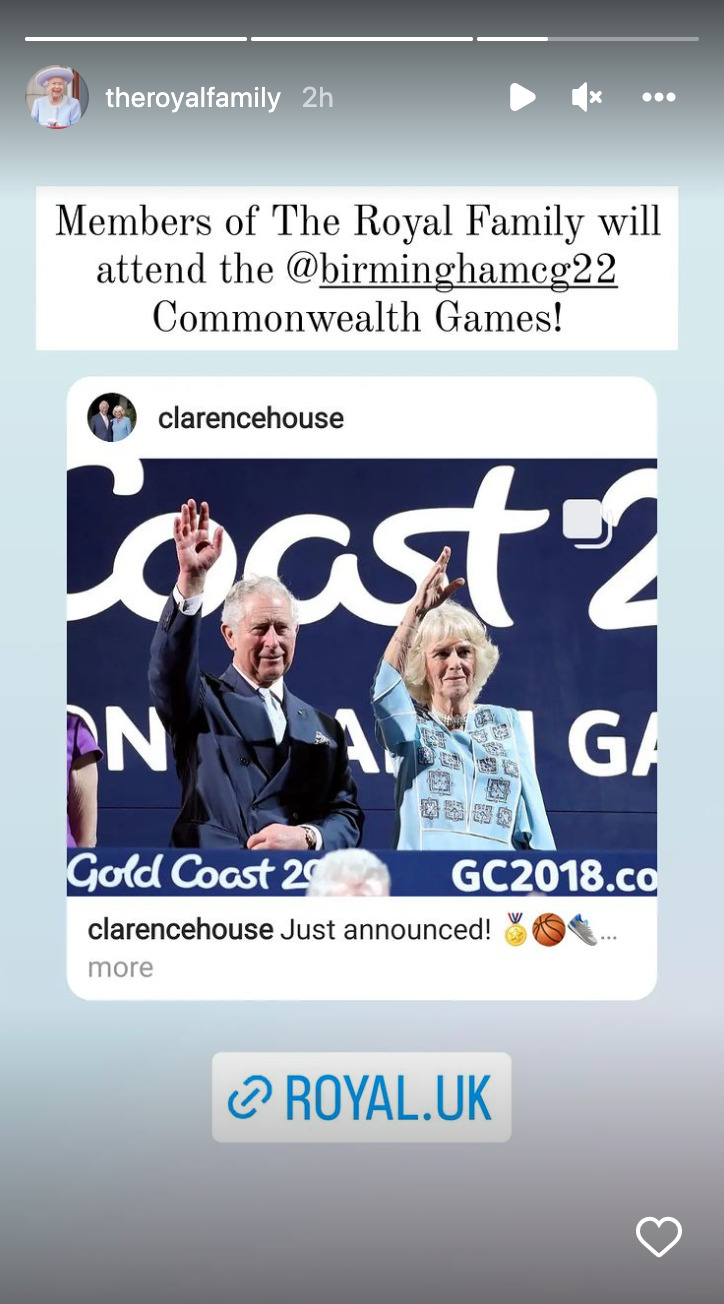 Other events surrounding the games will also include Kate Middleton and Prince William, Princess Anne and the Duke and Duchess of Gloucester.

You'll be missed, Queen Elizabeth, but we know the rest of your fam will do you proud.