‘The Crown’ Season 5: Netflix Finally Released a Trailer and It Looks So So Good

It feels like forever since we've caught up with our favorite royals in The Crown. Last season, we saw the introduction of Princess Diana as she became engaged to Prince Charles (now King Charles), and we watched as Margaret Thatcher became the country's first female Prime Minister.

While the drama only increased in season four (leading to some questions regarding the accuracy of the show), it looks like we won't have to wait much longer for more episodes. First, Netflix revealed that The Crown season five is set to return on November 9 with a totally new batch of actors filling the roles. And now, the platform has released the spicy new trailer and it looks so intense (*sips tea*).

Keep reading to find out everything we know about The Crown season five. 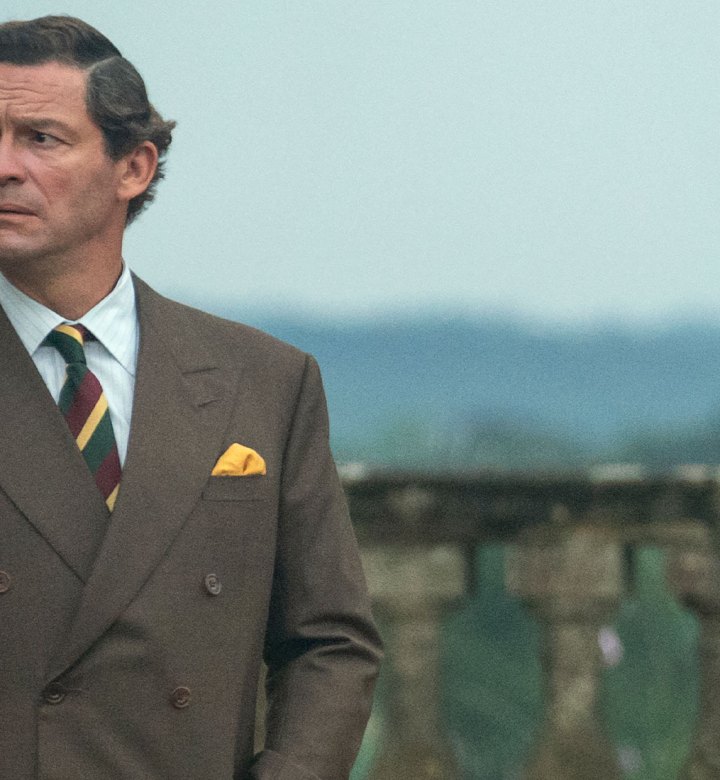 According to Entertainment Tonight, The Crown season five is set to start in the early 1990s, which is defined as the “most visual” era within the British royal family. The season four finale ended with Margaret Thatcher's resignation in 1990, season five will continue with her successor, John Major (who will be played by Jonny Lee Miller).

Major served as Prime Minister of the U.K. from 1990 to 1997, which proved to be a pretty scandalous time period for Charles and Diana. In that time, the late princess's biographer, Andrew Morton, published his controversial book, Diana: Her True Story. We also know that the princess divorced King Charles and moved on to date a heart surgeon named Dr. Hasnat Khan (portrayed by Humayun Saeed) before her tragic death in 1997.

Not to mention, Variety pointed out that Salim Daw was cast as billionaire Mohamed Al-Fayed, while Amir El-Masry was cast as the younger Al-Fayed, which indicates there will be flashback scenes. Also, Khalid Abdalla will portray Al-Fayed’s son, Dodi, who died in the same car crash that killed Princess Diana in 1997. So, we will likely see that tragedy play out this season as well.

In short, fans can expect to see quite a bit of drama unfold in season five.

2. What Time Period Will Season 5 Cover?

As for season five, fans can expect to follow the royal family from the early-to-mid 1990s. 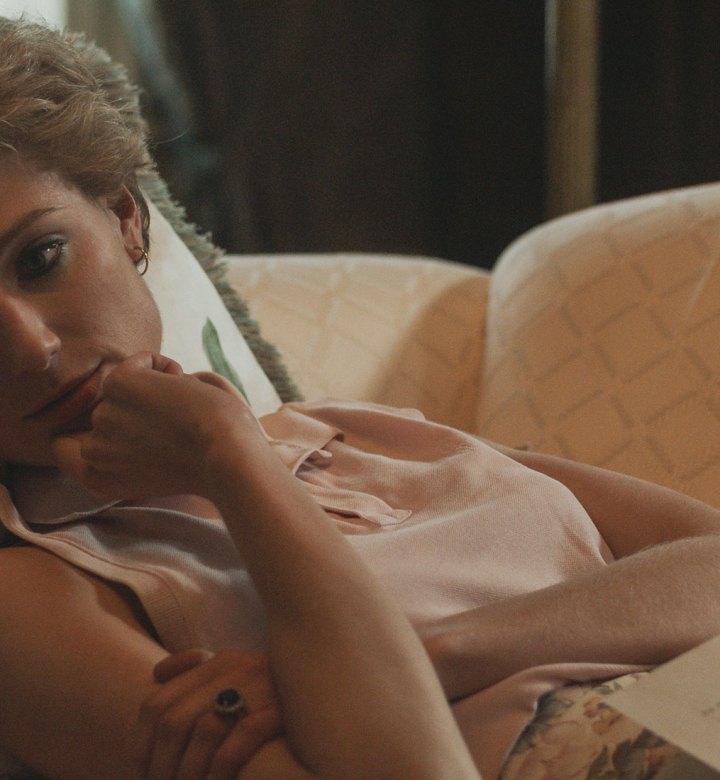 The season five cast will look quite different because it will feature older versions of the royal family.

Emma Corrin will be passing the mantle on to Elizabeth Debicki, who will star as the new Princess Diana, and Dominic West will be filling Prince Charles's shoes, instead of Josh O'Connor.

In an interview with Deadline, series creator Peter Morgan said, "I’m absolutely thrilled to confirm Imelda Staunton as Her Majesty The Queen. Imelda is an astonishing talent and will be a fantastic successor to Claire Foy and Olivia Colman."

After the casting news was announced, Staunton said in a statement, "I have loved watching The Crown from the very start. As an actor it was a joy to see how both Claire Foy and Olivia Colman brought something special and unique to Peter Morgan’s scripts. I am genuinely honoured to be joining such an exceptional creative team and to be taking The Crown to its conclusion."

However, if previous seasons are any indication, there is always the possibility that we might get a cameo from former cast members.

4. When Will The Crown Season 5 Premiere?

Netflix revealed at the Tudum fan event that season five of The Crown will officially premiere on November 9, 2022. And with each season consisting of 10 episodes, we're betting that this one won't break the streak.

5. Is There a Sneak Peek Teaser for The Crown Season 5?

The first teaser trailer for season four dropped on Oct. 29—about two weeks before the premiere—but obviously now we have a full-length trailer (see below).

To tide fans over, Netflix initially gave a teaser clip featuring Staunton, where she said, “Hello. I'm Imelda Staunton, and I'm currently on the set of The Crown, where we have just begun filming season five. I'm delighted to be here inheriting the role of Queen Elizabeth from two outstanding actresses. Most recently, the wonderful Olivia Colman, and who could forget the actress who originated the part? Claire Foy.”

She added, “I will do my utmost to maintain the very high standard that they set. Hopefully, I look calm, collected and capable. My stomach, meanwhile, is doing somersaults. On behalf of the cast and crew, we look forward to bringing you the next season of The Crown in November 2022.” 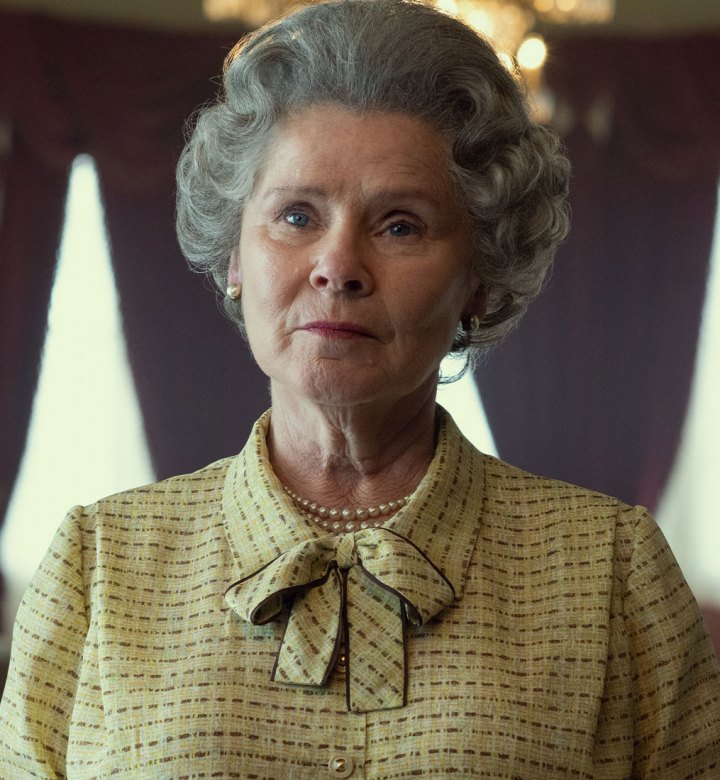 6. Is It True That There Will Be a Sixth Season?

Though Morgan initially announced that the series would end after five seasons, Netflix confirmed in July 2021 that the creator had a change of heart.

Morgan explained, “As we started to discuss the storylines for Series 5, it soon became clear that in order to do justice to the richness and complexity of the story we should go back to the original plan and do six seasons. To be clear, Series 6 will not bring us any closer to present-day—it will simply enable us to cover the same period in greater detail.”

Not much is known about the plot, but it's already been confirmed that the cast for season five will return. And as for the time period, season six will possibly be taking place in the early 2000s (so no, we probably won't see Meghan Markle enter the picture).

Still, it looks like royal enthusiasts have quite a lot to look forward to!

Yes, there is! The official full trailer for The Crown season five has finally arrived and (warning) it’s surely not an easy watch. The two-minute teaser starts with Queen Elizabeth (Staunton) standing among the ashes and ruins of Windsor Castle.

Many royal admirers know this tragic event all too well since this is the infamous fire that occurred at the royal residence back in 1992. “In light of the events of the last 12 months, perhaps I have more to reflect on than most,” Elizabeth says in a voiceover.

We also see famous moments in history, including Princess Diana (Debicki) wearing the iconic “Revenge Dress,” the famous BBC interview with Martin Bashir and more. And that’s not even the half of it. The short trailer offers a rare glimpse of a young Prince William (Timothee Sambor) and Prince Harry (Teddy Hawley).

The trailer ends with the queen saying a very chilling, haunting line (to no one in particular). “How did it come to this?” she asks.

Just by watching the trailer alone, we can already tell this season is going to be an absolute whirlwind!

Want more updates about The Crown in your inbox? Click here.