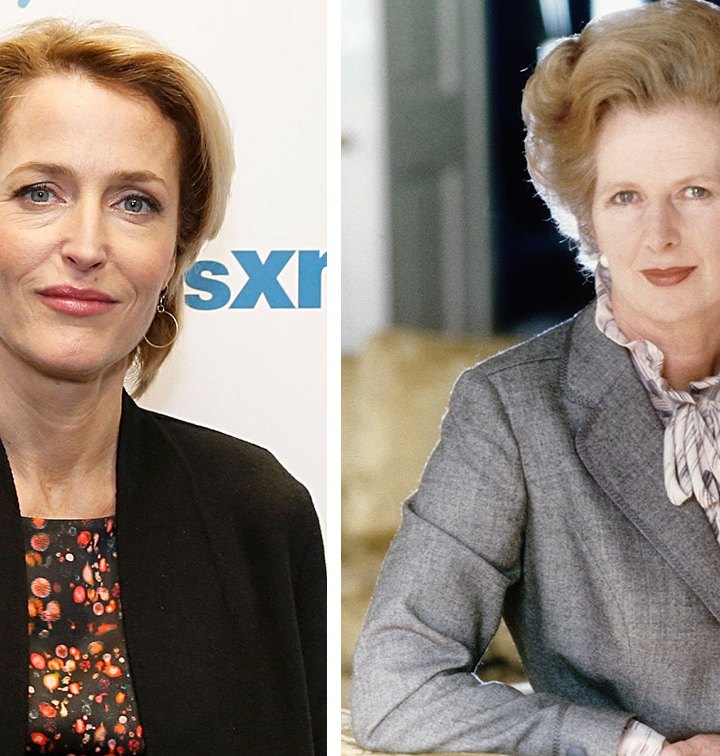 The cast of The Crown has a new prime minister in town, and we finally know who’s going to play her. Gillian Anderson has officially signed on to Netflix’s royal-family drama as Margaret Thatcher, the streaming service announced via Twitter.

The Sex Education actress will definitely star in season four, and most likely star in the upcoming season three of the show, as head of U.K. parliament. Thatcher served as the country's first female P.M. from 1979 to 1990, after James Callaghan. Prime Minister Harold Wilson preceded Callaghan and will be played by Jason Watkins in season three of The Crown, which premieres on November 17.

“I am so excited to be joining the cast and crew of The Crown and to have the opportunity to portray such a complicated and controversial woman,” Anderson said in a statement. “Thatcher was undoubtedly formidable but I am relishing exploring beneath the surface and, dare I say, falling in love with the icon who, whether loved or despised, defined an era.”

The Favourite’s Olivia Colman is taking over Claire Foy’s role as Queen Elizabeth II for the Netflix show’s junior season, while Tobias Menzies of Outlander will be the new Prince Philip. Helena Bonham Carter is set to play Princess Margaret, while her hunky photographer husband, Anthony Armstrong-Jones, will be portrayed by Ben Daniels. Erin Doherty will star as Princess Anne.

Fingers crossed we see that immaculately coiffed ginger ’do soon.