Some people celebrate their anniversary with a fancy dinner out. Others mark the occasion with a trip. Prince Charles and Camilla Parker Bowles, however, march to the beat of their own wedding anniversary drum.

The 70-year-old Prince of Wales and the 71-year-old Duchess of Cornwall marked their 14th wedding anniversary by attending the reopening of Hillsborough Castle yesterday in Belfast, Northern Ireland.

And while a joint work trip isn’t the most romantic thing in the world, the couple enjoyed themselves nonetheless. They explored the newly renovated 100-acre grounds, unveiled a new portrait of Prince Charles and even snuck in a little PDA during their royal engagement. 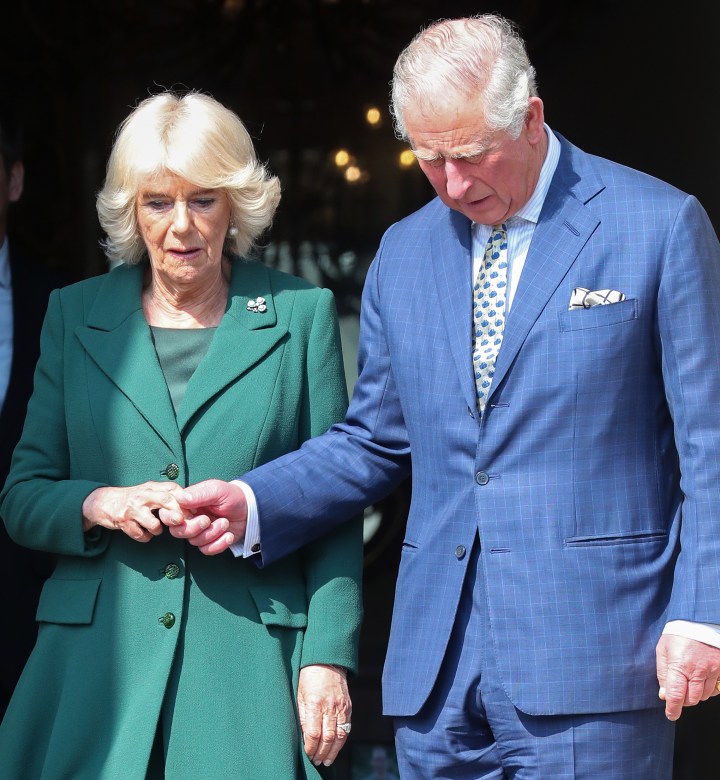 Prince Charles and Camilla held hands (albeit in a kinda strange way) while surveying the castle after its $26 million renovation. The landmark home, which was built in 1770 for the Marquess of Downshire, was closed for five years so state rooms, the walled garden and a visitor parking lot could all be renovated.

Prince Charles put his good mood on display while unveiling the brand-new portrait of himself by artist Gareth Reid. He pulled back the portrait, giggled a little and said it was “well done.”

His giddiness was no surprise on such a special day. Prince Charles and Parker Bowles wed in a civil ceremony at Windsor Guildhall on April 9, 2005, in the presence of their families (minus Queen Elizabeth and Prince Philip, who didn’t arrive until the Service of Prayer and Dedication). They held a reception at Windsor Castle afterward (just like Prince Harry and Meghan Markle).

Looks like Meghan and Harry aren’t the only romantics in the family.