Meghan Markle Drops New Podcast and She Does Not Hold Back: ‘I Can’t Unsee It’

The wait is over: The first episode of Meghan Markle’s highly-anticipated podcast has finally hit Spotify.

Back in March, an Archewell Audio spokesperson revealed the Duchess of Sussex would be launching her own podcast series on Spotify this summer. And before that, Markle and her husband, Prince Harry, signed a multi-year partnership with Spotify and Archewell Audio in 2020.

For the premiere episode of Archetypes (where the duchess serves as host), the royal sat down and talked with her longtime friend and Grand Slam champion, Serena Williams. Both women talked about a variety of topics, ranging from reflecting on their ambition at a very young age to how they control their own narratives.

The first episode aims to address the double standard women face when they’re labeled as “ambitious,” while also discussing how that ties into Markle and Williams’s lives and the way they're perceived. Markle and Williams were joined by Dr. Laura Kray, who is a leading expert on gender in the workplace.

“I don’t remember ever personally feeling the negative connotation behind the word ‘ambitious’ until I started dating my now husband,” Markle said. “And um, apparently ambition is, uh… a terrible, terrible thing, for a woman that is—according to some. So, since I’ve felt the negativity behind it, it’s really hard to un-feel it. I can’t unsee it, either, in the millions of girls and women who make themselves smaller — so much smaller — on a regular basis.” 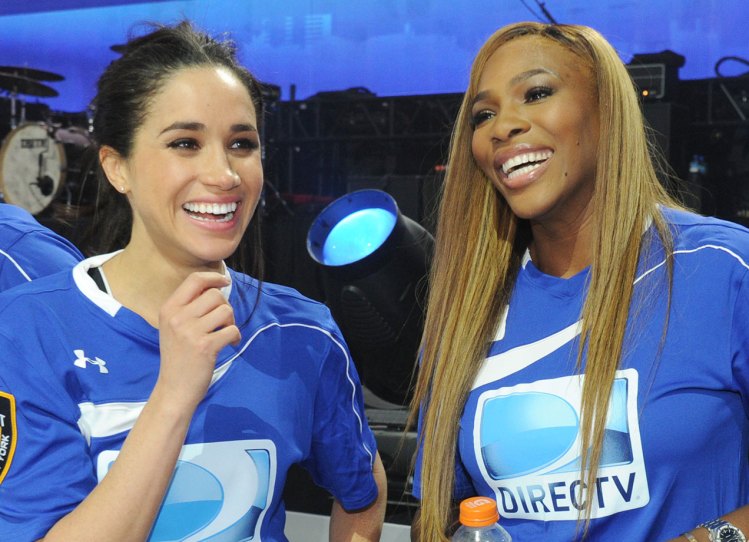 Per the official press release, Archetypes aims to “investigate the labels that try to hold women back.” With the help of historians and other experts, Markle will “uncover the origin of these stereotypes” and create “honest conversations with women who know all too well how these typecasts shape narratives.”

BRB, putting on our headphones back on and giving this another listen.

Prince Harry & Meghan Markle Will Return to the U.K. for the First Time Since the Queen's Jubilee