This just in: Camilla Parker Bowles has carried out a major first in her new role following the queen’s passing.

Today, the royal hosted her first guest at Buckingham Palace since taking on the role of Queen Consort. She met with Joseph Coelho, who was recently named the Children’s Laureate (a position that’s awarded to noteworthy writers and illustrators).

Bowles and Coelho posed for photos together in the Regency Room at Buckingham Palace, which features a yellow-ish color scheme. The royal family shared a photo on Instagram and wrote, “@josephcoelhoauthor is an award-winning performance poet, playwright and children's author, who will hold the role of Children’s Laureate from 2022-24. Her Majesty has long-championed the joy of reading and advocated for the importance of literacy.” Some of his best-known works include Grandpa’s Stories, Luna Loves Dance, My Beautiful Voice and Fairy Tales Gone Bad. 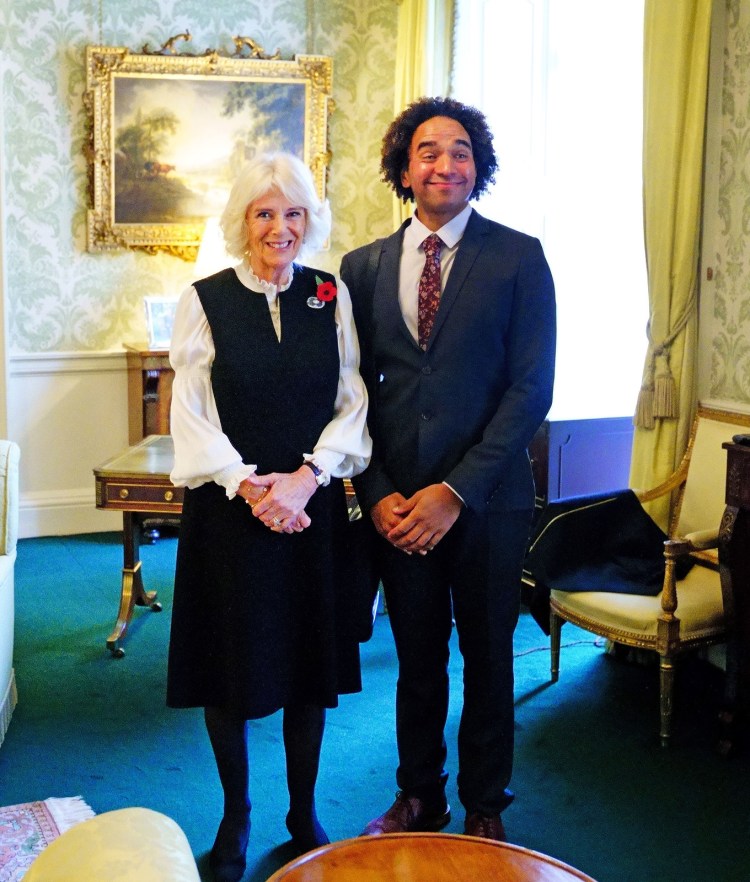 The Queen Consort wore a black dress over a white long-sleeve blouse. She accessorized the look with black tights and coordinating shoes, along with a poppy brooch in honor of Armistice Day on November 11. (FYI, the artificial flower is used to commemorate military members who have died in war.)

Below the poppy, the Queen Consort rocked another brooch that featured an oval crystal with diamonds. The accessory was previously owned by the Queen Mother, according to Hello! magazine.

This meeting was right up the Queen Consort’s alley. Not only does she have a virtual book club (aka The Reading Room), but she has also been named patron of several literary-themed organizations, including the National Literacy Trust.