The 64th Annual Grammy Awards are only a couple weeks away, and while we wait in anticipation for music's biggest night, it's hard not to wonder who will take home prizes in the “Big Four” categories: Album of the Year, Best New Artist, Song of the Year and Record of the Year.

In the past, many musicians have won in a number of these categories, but only three artists in the history of the Grammys have received all four: Christopher Cross, Adele and Billie Eilish. And while Adele won her Best New Artist prize in 2009, and then swept the other three categories in 2012 and 2017, only Cross and Eilish received all four awards in the same night.

Now, as we near the 2022 ceremony, there is one artist who has a very good chance of sweeping the general field categories and joining the ranks of these superstars: Olivia Rodrigo. 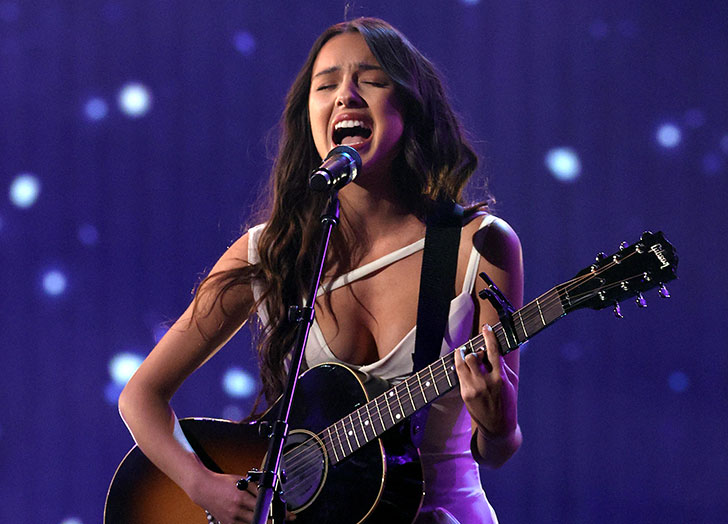 As the only artist who is nominated in all Big Four categories this year, it could end up being a huge night for Rodrigo...and her odds are looking good.

2021 was an über-successful year for the 19-year-old. After dropping her smash hit single, “Driver's License,” Rodrigo quickly followed it up with her full-length debut, ﻿Sour﻿. The album, which Rodrigo wrote entirely with her producer, Dan Nigro, ended up becoming the third best-selling album of the year (right behind Adele's ﻿30 ﻿and Taylor Swift's ﻿Red (Taylor's Version﻿)). Meanwhile, the LP was critically lauded, and in Metacritic's roundup of the best-reviewed albums of the year, Sour sat comfortably at number four.

However, we can't deny that Rodrigo is up against some stacked company. Her contemporary, Lil Nas X, released his full-length debut, Montero, this year, which also raced up the charts and received praise (and is nominated for Album of the Year). Meanwhile, former Grammy darlings like Lady Gaga and Billie Eilish are also nominated in the Song of the Year and Record of the Year categories.

But, if history indicates anything, then we've learned that the Grammys love a successful young artist, especially of the singer-songwriter kind. Early albums by Alanis Morissette (Jagged Little Pill), Taylor Swift (Fearless) and Norah Jones (Come Away with Me) all racked up awards when they were nominated. Meanwhile, as the Grammy Awards continue getting criticized for being out of touch with modern (and younger) musical audiences, it makes sense that they would want to highlight an artist who has resonated just as strongly with tweens as with Millennials.

Of course, we won't know anything for sure until the Grammy Awards air on Sunday, April 3 at 8 p.m. ET. Still, if we had to put our money on anyone, we'd guess that you'll see Olivia Rodrigo make history that night.

﻿If There’s a ‘Walk to Remember’ Reboot, Mandy Moore Wants This Famous Star to Play Her Role